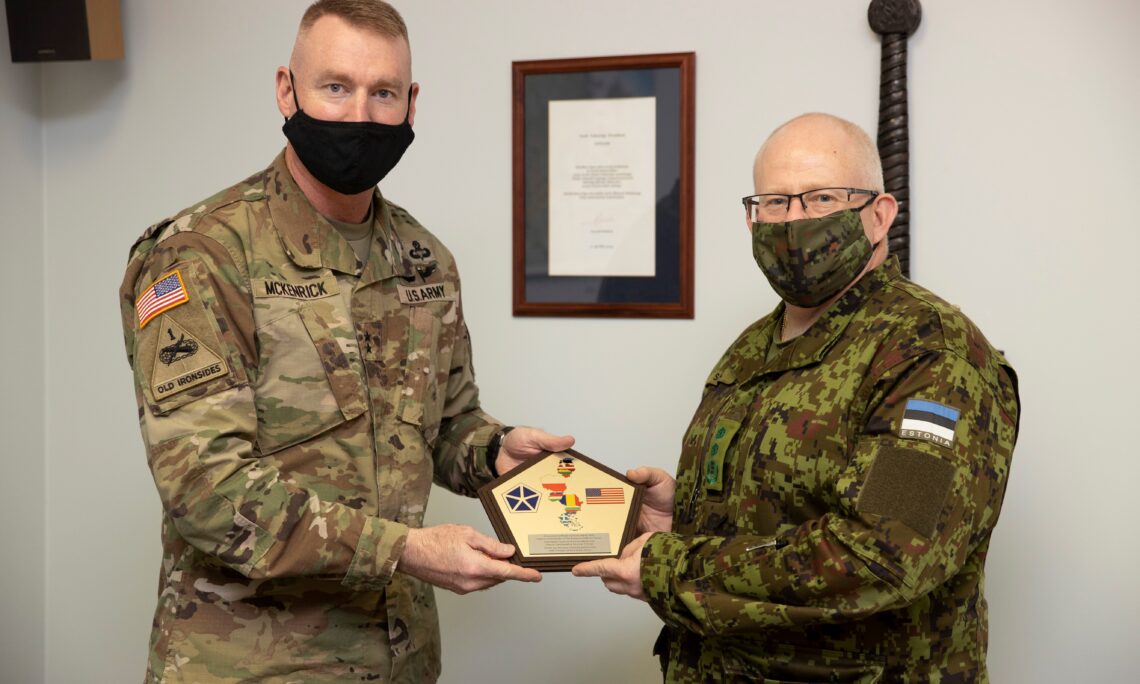 “V Corps is grateful to meet with Estonian Senior Leadership to gain a better understanding about the region and identify future opportunities to work together as we establish an enduring presence at our forward headquarters in Poznan, Poland. We are also here to express the U.S. commitment to deterrence and our steadfast assurance to support Baltic defense,” Major General McKenrick said.

Activated on 16 October 2020, the U.S. Army’s V Corps is establishing an enduring rotational capability based in Poland, intended to build capacity to shape, deter, fight, and win in Europe. Located in Fort Knox, Kentucky with a forward command post in Poznan, Poland, V Corps works to build readiness between the U.S. military and our Allies and Partners, to enhance interoperability, to counter malign influence, and deter aggression.

U.S. European Command’s forward-based posture demonstrates America’s continued commitment to defending mutual interests and serves as the bedrock of our ability to respond to threats in the region. The United States European Command and Estonian Defense Forces continue to work together to achieve joint strategic objectives and guarantee stability in the region. Defense cooperation is a key component of this relationship. The United States has provided more than $200 million in security assistance to Estonia since 2015 and conducts regular exercises and military-to-military engagements with the Estonian Defense Forces to bolster readiness and interoperability.