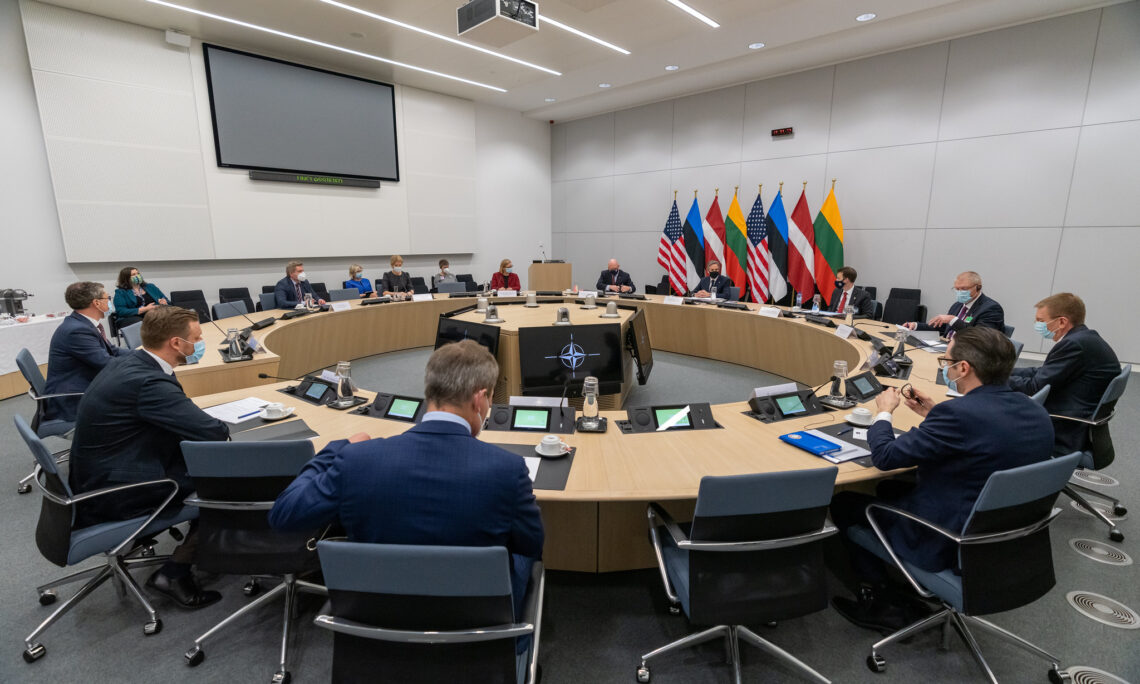 OFFICE OF THE SPOKESPERSON

The below is attributable to Spokesperson Ned Price:

Secretary of State Antony J. Blinken met with Foreign Minister Eva-Maria Liimets of Estonia, Foreign Minister Edgars Rinkēvičs of Latvia, and Foreign Minister Gabrielius Landsbergis of Lithuania today in Brussels. Secretary Blinken and the Foreign Ministers emphasized their steadfast commitment to security and democracy across Europe and worldwide. They discussed the situations in Belarus and Russia, as well as China’s challenges to the international system, which require our continued partnership to advance peace, prosperity, and shared values. The Secretary emphasized the need for continued adaptation through the NATO 2030 initiative. He thanked the Foreign Ministers for their commitment to revitalizing NATO and for their contributions to the Alliance through robust defense spending and deployments to operations abroad.