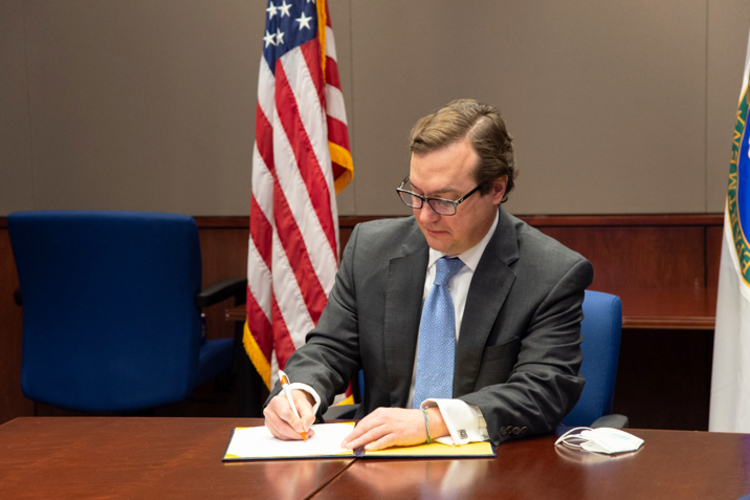 The United States and Estonia will expand their cooperation on nuclear security issues through a new agreement between the U.S. Department of Energy’s National Nuclear Security Administration and the Estonian Ministry of Interior. Under this agreement, the United States will support Estonia’s security with state-of-the-art equipment and training to detect smuggling of radioactive material, and U.S. and Estonian nuclear security experts will work closely to prevent the proliferation of weapons of mass destruction. The agreement builds on a history of close cooperation between the United States and Estonia on nuclear security issues, including a recent summit on responding to the use of radiological weapons for targeted political assassinations.

At the virtual signing ceremony on April 5, Art Atkins, the National Nuclear Security Administration Assistant Deputy Administrator for Global Material Security at the U.S. Department of Energy said, “Our organization has had a long-standing and successful relationship with the Republic of Estonia. The Estonian Ministry of the Interior has always been a key partner in our efforts to prevent the illicit trafficking of nuclear and other radioactive material, and I am pleased that under the terms of this new agreement, we will continue to expand that partnership.”

The United States considers the proliferation of nuclear weapons and other weapons of mass destruction to pose a profound danger to the global community. The U.S. Embassy in Estonia will continue to facilitate collaboration between the U.S. Government and the Estonian Government to enhance global and Transatlantic security.