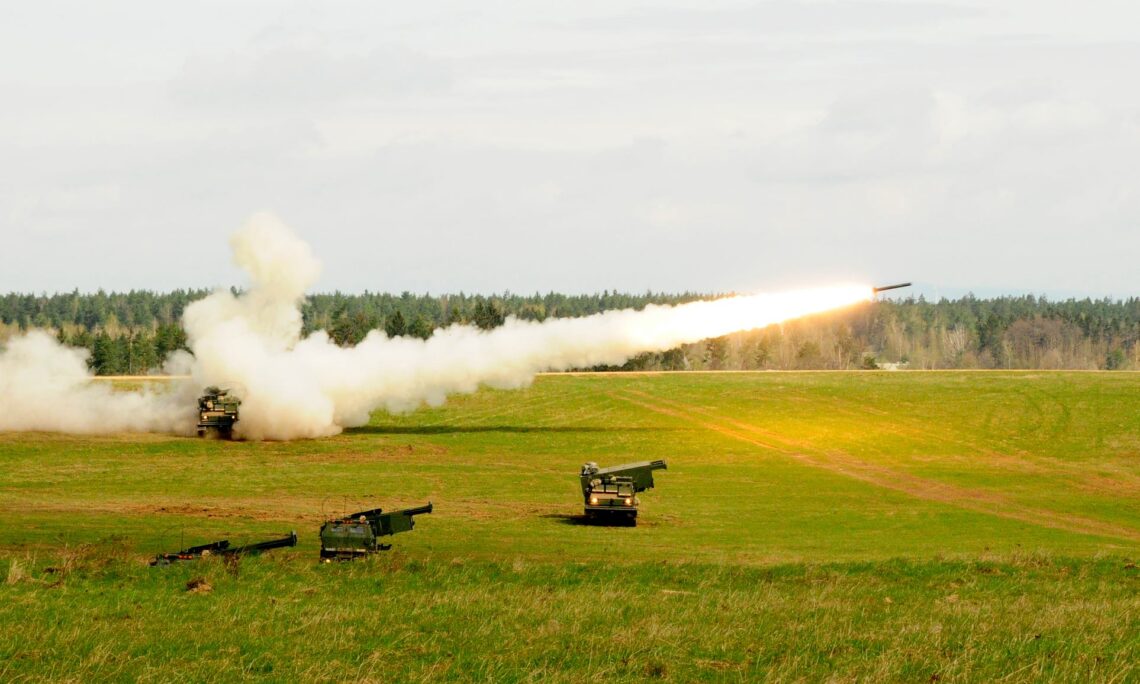 On Wednesday, May 5, the United States Army Europe and Africa’s Defender 21 activities will begin in Estonia with a live fire exercise at the Tapa Central Training Grounds. The exercise named ‘Fires Shock’ will demonstrate the rapid deployment of the M270 Multiple Launch Rocket System (MLRS), a long range precision fire system, and showcase the modernization and integration of U.S. Army Europe and Africa’s strike capabilities. This marks the second time in less than a year that the M270 MLRS system has conducted a live fire exercise in Estonia – the first was in September 2020.

“From towed artillery to long-range rocket systems, U.S. Army Europe and Africa has the organic ability to rapidly deliver precision fires to support our joint force and NATO allies anywhere in Europe and Africa,” said the commanding general of 7th Army Training Command, Brig. Gen. Christopher Norrie. “These exercises demonstrate our ability to command and control long-range fires across continents, using a variety of networked and multi-domain communications platforms.”

This live fire exercise takes place as a part of the U.S.-led Defender Europe 21 during which more than 28,000 multinational forces from 26 nations will conduct nearly simultaneous operations across more than 30 training areas in a dozen countries. In Estonia, the MLRS fire precedes a Joint Forcible Entry airborne operation on May 6 and 7. The live fire will be conducted by the 41st Field Artillery Brigade, the U.S. Army’s long-range, precision-strike Multiple Launcher Rocket Systems unit based in Europe.

United States defense cooperation with Estonia remains one of the most important pieces of our relationship. It demonstrates the U.S. security commitment to NATO and sends a clear message to potential adversaries about our shared readiness to meet any global challenge. The United States has provided and continues executing over $240 million in security assistance programs to Estonia between 2015 and 2020 and takes part in multiple exercises and military-to-military engagements between our service members each year.