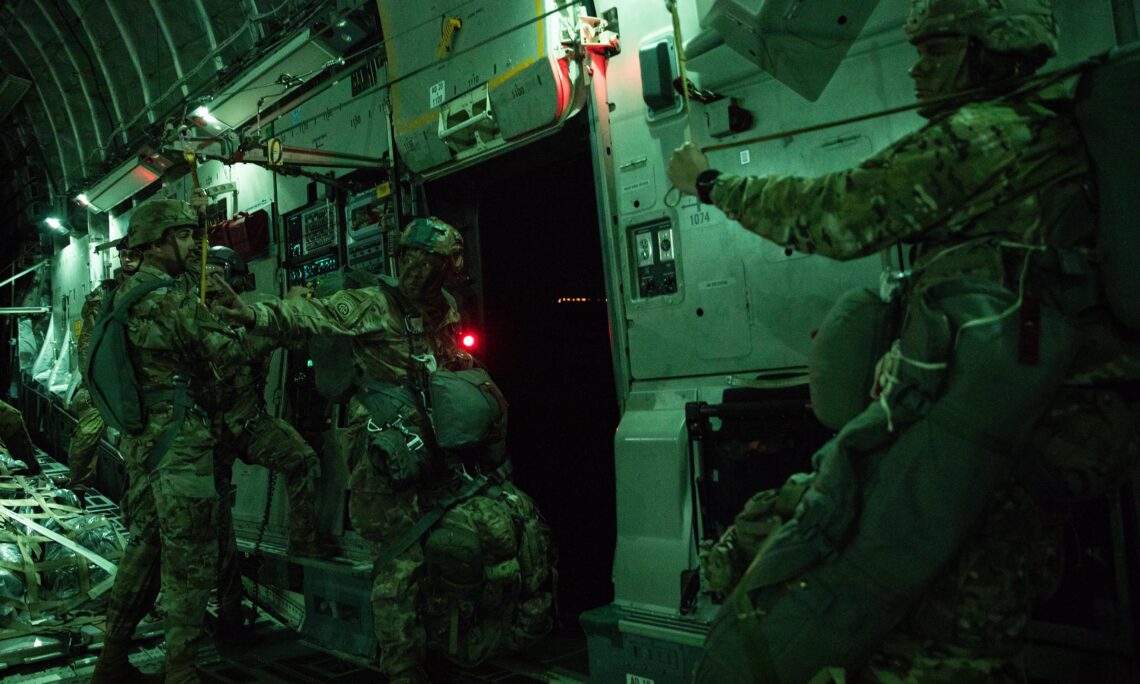 In the early morning hours of May 8, nearly 600 U.S. and UK Paratroopers descended on the Nurmsi Drop Zone in Estonia to kick off Operation Swift Response. In addition to the paratroopers, U.S. C-17 airplanes also dropped five platforms of heavy equipment, including artillery and vehicles. The operation was a success and will continue during the next week with follow-on helicopter air assault missions and live fire training at the Tapa Central Training Grounds.

Swift Response is part of DEFENDER-Europe, an annual large-scale U.S. Army-led exercise designed to build strategic and operational readiness while enhancing interoperability between the U.S., NATO Allies, and Partner forces in Europe. DEFENDER-Europe 21 activities officially began in Estonia with a live-fire exercise at the Tapa Central Training Grounds on May 5. These exercises clearly demonstrate the important partnership between the United States and Estonia, as well as our steadfast security commitment to our partners and Allies.

United States defense cooperation with Estonia remains one of the most important pieces of our relationship. It demonstrates the U.S. security commitment to NATO and sends a clear message to potential adversaries about our shared readiness to meet any global challenge. The United States has provided and continues executing over $240 million in security assistance programs to Estonia between 2015 and 2020 and takes part in multiple exercises and military-to-military engagements between our service members each year.