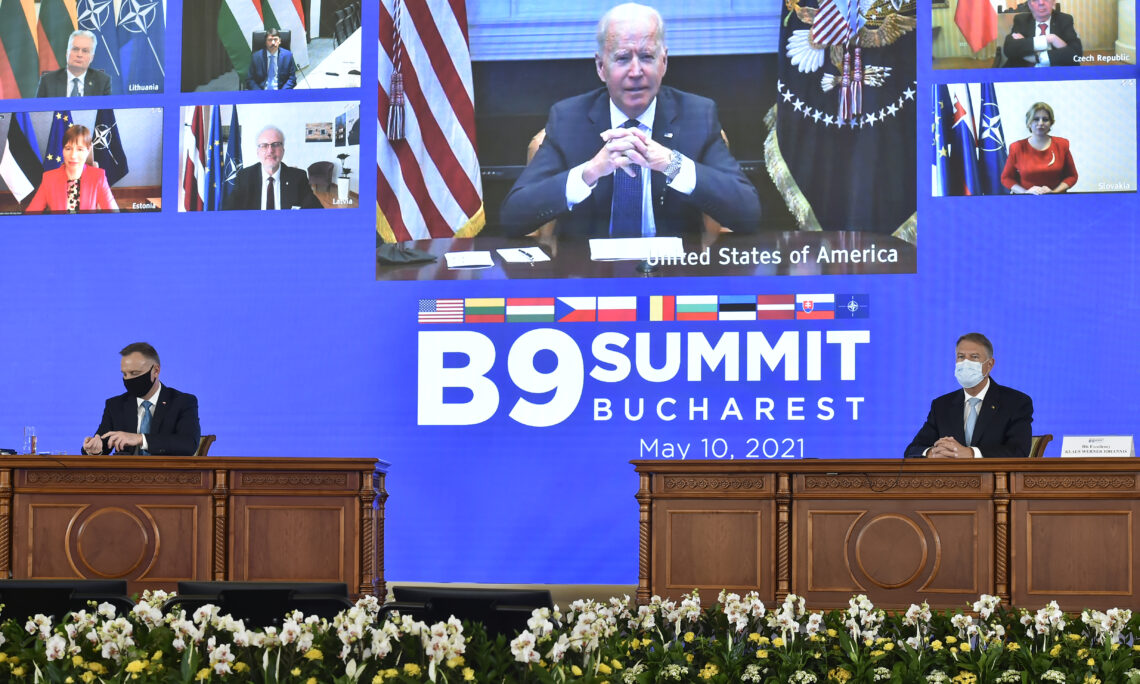 President Joseph R. Biden, Jr. spoke today with NATO’s eastern flank Allies in a virtual summit of the Bucharest Nine (B9) countries hosted by Presidents Klaus Iohannis of Romania and Andrzej Duda of Poland. President Biden underscored his commitment to rebuilding alliances and strengthening Transatlantic relations. He conveyed his desire for closer cooperation with our nine Allies in Central Europe and the Baltic and Black Sea regions on the full range of challenges, including global health security, climate change, energy security, and global economic recovery. President Biden expressed his support for enhancing NATO’s deterrence and defense posture, as well as the importance of Allies increasing their resilience against harmful economic and political actions by our strategic competitors. In addition, he welcomed the opportunity to engage with these Allies – as well as with NATO Secretary General Jens Stoltenberg, who was also in attendance – about Alliance efforts to meet future threats, which will be discussed at the June 14 NATO Summit.  Finally, President Biden stressed the importance of strengthening democratic governance and rule of law – at home, within the Alliance, and around the world.