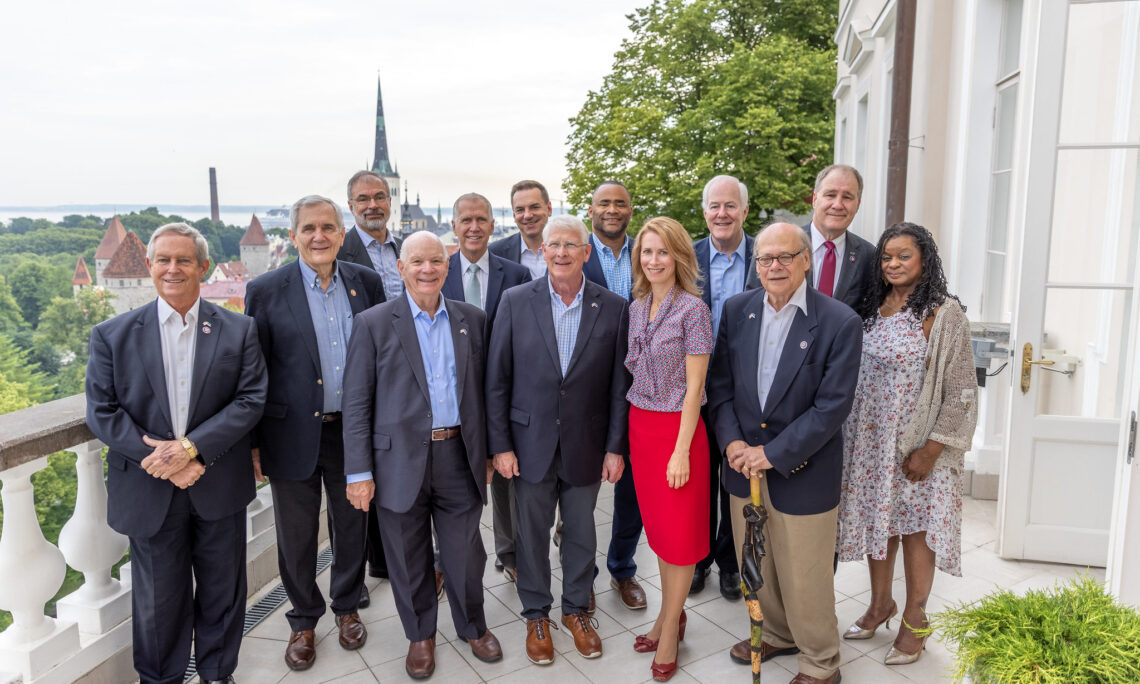 A delegation from the United States Congress visited Estonia, July 6-8, to meet with Estonian leaders. While in Tallinn, the delegation met with Estonian Prime Minister Kaja Kallas, Foreign Minister Eva-Maria Liimets, former President Toomas Hendrik Ilves, and Chair of the Riigikogu Foreign Affairs Committee Marko Mihkelson. The delegation also traveled to Narva where they met with local community leaders. During their meetings in both cities, the Congressional delegation highlighted the United States’ strong commitment to regional security, including to the NATO Alliance, and its long-standing partnership with Estonia. The delegation was led by Senators Roger Wicker of Mississippi and Ben Cardin of Maryland.

“As the Baltic region faces serious and continuing security challenges, the United States is proud to support our steadfast NATO Allies,” Senator Wicker said. “This visit by a bipartisan and bicameral delegation is representative of the strong consensus in the U.S. Congress to push back against the Kremlin’s malign activities in the region. We also appreciate the important and growing contributions of Estonia and our other regional allies and partners as we work to address global security challenges.”

“The American alliance with Estonia is based on shared democratic values. We appreciate our bilateral relationship and mutual efforts to support the democratic opposition in Belarus and independent voices in Russia,” said Senator Cardin. “Across the 57 nations that are part of the OSCE, rising challenges to democratic norms require a sober and sustained response from those committed to the rule of law and the defense of human rights. Estonia and the United States are staunch allies in this contest.”