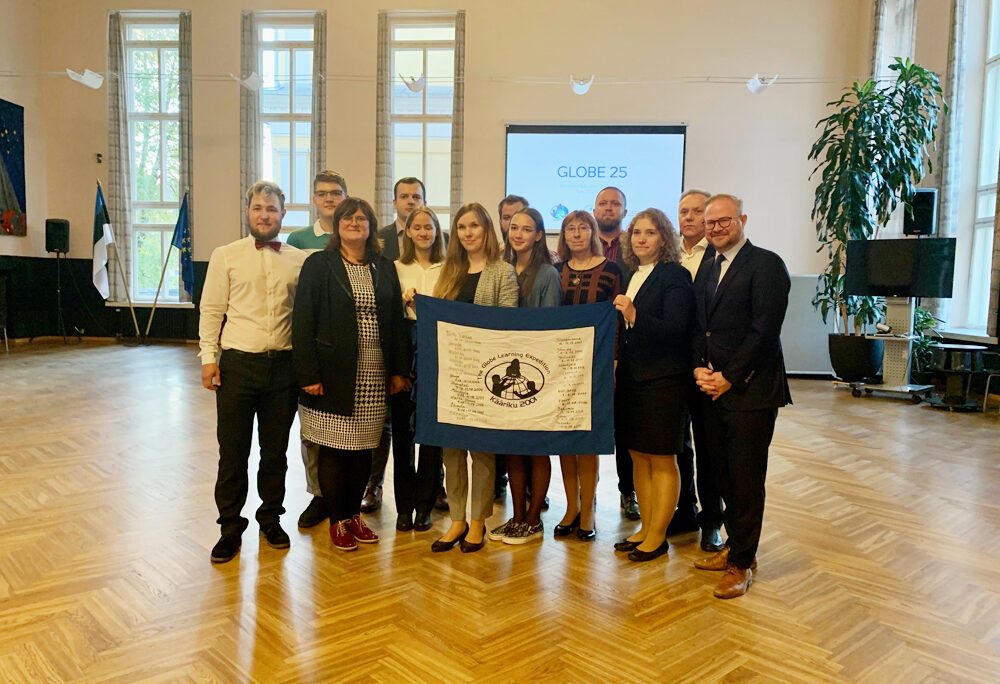 The United States Embassy in Tallinn is proud to join GLOBE Estonia’s 25th anniversary conference and celebration on Wednesday, September 22 at the AHHAA Research Center in Tartu. U.S. Embassy Chargé d’Affaires Brian Roraff will give opening remarks at the conference and host an evening reception in honor of the anniversary.

The conference will look back at GLOBE’s 25 years in Estonia and the focus on the future of the program through the eyes of alumni and current students: Arko Olesk will talk about GLOBE in scientific communication, Liina Jakobson will highlight the green revolution in plant growing, Lennart Kitt will speak about numbers and normalcy in society, Ülle Kikas will look back at how GLOBE arrived in Estonia, and Imbi Henno will introduce the importance of GLOBE in nature education. In addition to opening remarks by U.S. Chargé d’Affaires Brian Roraff, a virtual greeting will be delivered by Peter Falcon, an education expert at NASA’s Jet Propulsion Lab.

“Students of the GLOBE Program, not only become better stewards of our planet, but they also learn the impact of climate change by comparing their observations to NASA satellites and measurements of students around the world. This allows them to study local, regional and global issues from a database that spans 26 years,” NASA expert Peter Falcon said.

GLOBE (Global Learning and Observations to Benefit the Environment) is a global environment-oriented education and research program for primary, elementary and high school students. GLOBE’s day-to-day operations in Estonia include making environmental measurements and observations and transmitting data to the globe.gov database. The data collected by the students of Kilingi-Nõmme Gymnasium is used in research by researchers in both in Estonia, at the University of Tartu, and in the United States, at the University of Toledo. The GLOBE program in Estonia was recognized in February 2021 as a GLOBEPlus member, one of only nine such programs in the world, and has been commended for the number and quality of measurements the GLOBE Estonia program has provided.

GLOBE was initiated by U.S. Vice President Al Gore in 1994 and launched on Earth Day. The activities of the GLOBE program began a year later, on April 22, 1995. Estonia joined the GLOBE program in 1996, and in 1997, Estonian schools began taking measurements. Through exploratory learning, GLOBE’s vision is to promote and support collaboration between students, teachers and scientists in the field of environmental and Earth research as a system. In Estonia, GLOBE also supports the integration of students in Estonian and Russian language schools and gives students the opportunity to collaborate with NASA researchers. The GLOBE program is supported by the U.S. Space Research Center (NASA), the U.S. National Science Foundation and the U.S. State Department, in cooperation with GLOBE universities, the school system and NGOs.