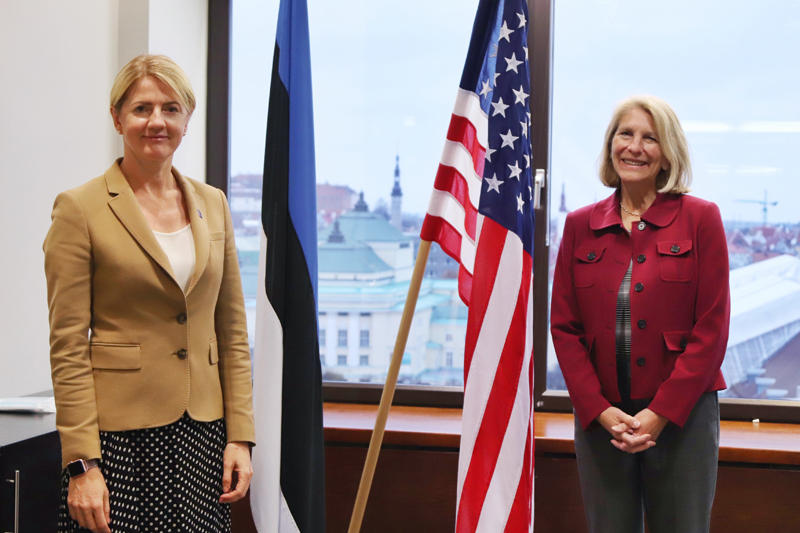 The United States Assistant Secretary of State for European and Eurasian Affairs, Dr. Karen Donfried, will visit Tallinn on October 26 and 27 to meet with Estonian government officials and to participate in a meeting of the Bucharest Nine, a regional initiative of NATO member states. During her visit, Assistant Secretary Donfried will highlight the strength of the U.S.-Estonia partnership and reaffirm the United States’ commitment to the Transatlantic relationship and to regional security through NATO.

“I’m pleased to be in Tallinn to meet with our Estonian partners and friends and to participate in the Bucharest Nine summit. I think the U.S.-Estonia partnership is as strong as it has ever been,” Assistant Secretary Donfried said.

“Estonia has an important voice in the region, in NATO, and at the UN Security Council. The United States and Estonia are steadfast allies, and we are proud of our work together to support security, economic prosperity, and democratic values. I’m delighted to have the opportunity to meet face-to-face and to discuss our cooperation during my first solo trip to Europe as Assistant Secretary of State.”

Assistant Secretary Karen Donfried is the most senior official for Europe and Eurasia at the U.S. Department of State. In this role, she leads the development and implementation of U.S. foreign policy in Europe, Turkey, Cyprus, the Caucasus region, and Russia on issues such as international security, NATO, coordination with the European Union and other regional organizations, support for democracy, human rights, civil society, economic prosperity, counterterrorism, and nonproliferation. Prior to her current position, she served as president of the German Marshall Fund of the United States, a non-partisan policy organization committed to the idea that the United States and Europe are stronger together. Dr. Donfried previously served as Special Assistant to President Barack Obama and Senior Director for European Affairs on the National Security Council, amongst other positions in the U.S. government.