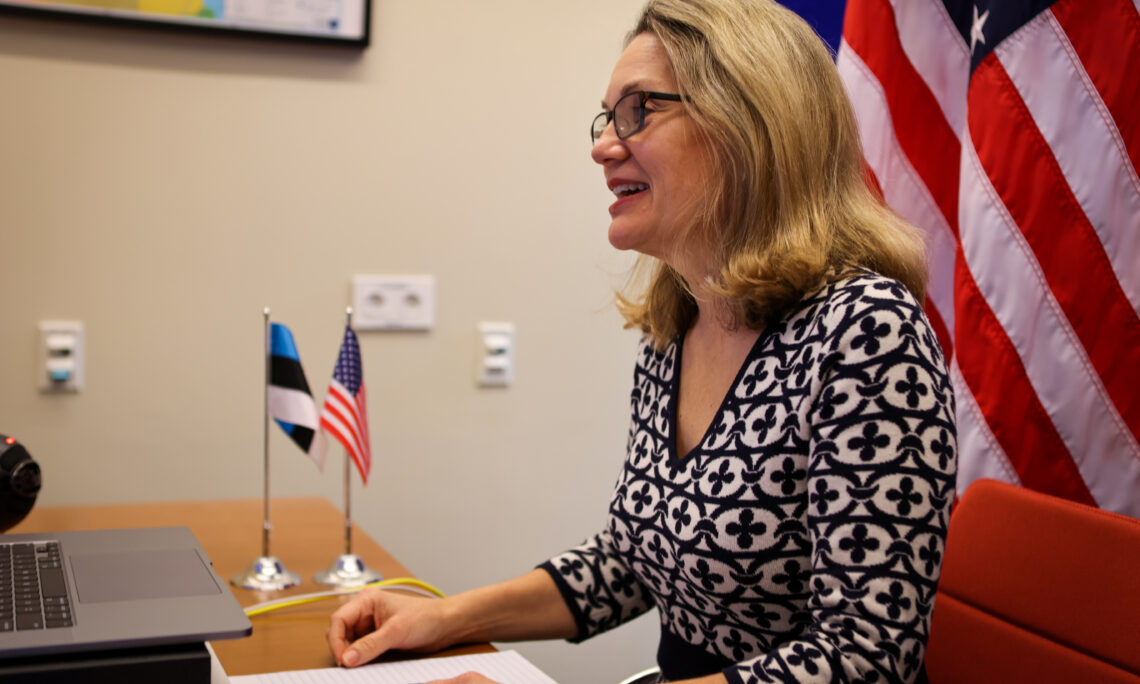 Ambassador Julianne Smith, the United States Permanent Representative to NATO, conducted a virtual visit to Tallinn on February 7 to highlight the close bilateral defense ties between the United States and Estonia and to consult with Estonian government officials regarding ongoing work to strengthen NATO’s deterrence and defense posture.

In virtual meetings with Ministry of Foreign Affairs Secretary General Jonatan Vseviov and Ministry of Defense Permanent Secretary Kusti Salm, Ambassador Smith thanked Estonia for its active membership in NATO, including the commitment to meeting the Wales pledge on defense spending and participation in international operations.

Ambassador Smith emphasized that the United States values Estonia’s perspective on collective security. She and Estonian policymakers discussed the impact that threats to collective security would have on the region and pledged to continue active consultations about regional security issues, including Russian aggression.

“Estonia is a good friend and a steadfast NATO Ally. As we face the continued and escalating threat of Russian aggression, I commend Estonia’s strong support for Ukraine, including the recent transfer of Javelins, and Estonia’s firm commitment to unity across the NATO Alliance,” Ambassador Smith said.

During her virtual visit, Ambassador Smith also outlined the United States’ commitment to dialogue and diplomacy with Russia, underscoring that this path remains contingent on Russian de-escalation toward Ukraine.

“Russia faces a choice. It can choose the path of diplomacy that can lead to peace and security or the path of continued aggression that will lead only to conflict, severe consequences, and international condemnation,” Ambassador Smith said.