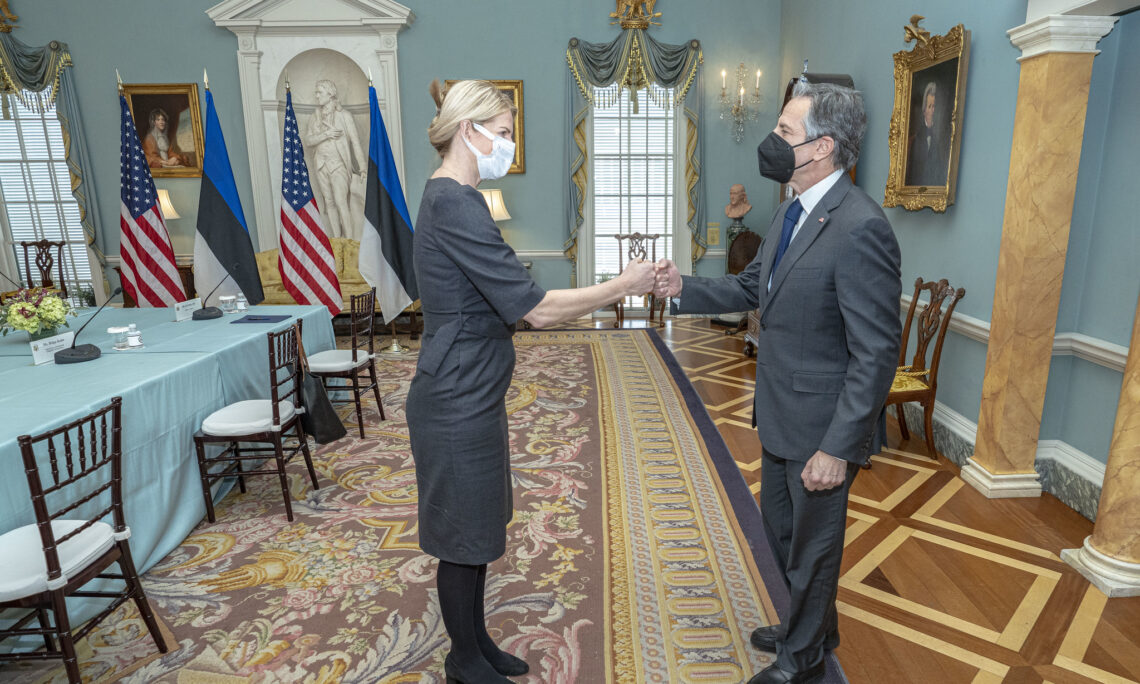 U.S. DEPARTMENT OF STATE
Office of the Spokesperson
For Immediate Release
MEDIA NOTE

The following is the joint statement released by the Secretary of State of the United States and the Foreign Minister of the Government of Estonia.

The United States and Estonia are close Allies and share a strong partnership based on a common commitment to democracy, human rights, and the rule of law.  We work closely together bilaterally, as NATO Allies, through the U.S.-EU relationship, and within international organizations like the OSCE, and the UN to advance security, freedom, and prosperity in the Euro-Atlantic area and the world.

The United States and Estonia recognize NATO as the foundation for Allies’ collective security and the essential forum for security consultations and decisions among Allies.  We share an ironclad commitment to Article 5 of the Washington Treaty and support further strengthening of NATO’s deterrence and defense.  We look forward to developing a new NATO Strategic Concept that provides a blueprint for the Alliance’s adaptation over the coming decade to address the full range of threats and challenges and commits adequate resources.  The United States values Estonia’s long-standing commitment to spending at least two percent of GDP on defense, as well as the Estonian government’s recent decision to increase its defense spending further at this critical time.  The United States continues its large-scale security assistance to support the further development of Estonian defense capabilities.  The United States and Estonia consider the U.S. role central to ensuring the region’s security, including through its support to NATO’s deterrence efforts on the Eastern Flank.  To that end, the United States and Estonia plan to continue to consult regularly on the Baltic region’s security.

The United States and Estonia share deep concern over the Russian Federation’s unprovoked build-up of military forces in and around Ukraine and its dispatching of forces into Belarus.  This represents a threat to peace and security in Europe.  We are united in our support for Ukraine’s sovereignty and territorial integrity, and we remain committed to strengthening Ukraine’s resilience and deterrence capabilities.  Russia should take immediate steps to de-escalate the current crisis, pull back its military forces to their permanent bases, and commit to a diplomatic solution.  Likewise, we call upon Belarus to abide by its international obligations, honor its OSCE and other international commitments, and refrain from further heightening tensions.

The United States and Estonia stand shoulder-to-shoulder in the defense of our common values.  Through the Summit for Democracy and the Year of Action, we are working to defend democracy and counter authoritarianism, combat corruption, and advance and protect human rights.  During the Global Conference on Media Freedom in Tallinn, we pledged to continue our support to media freedom through the Media Freedom Coalition and other organizations.  We also cooperate closely to build a digital future based on democratic values that upholds human rights and fundamental freedoms, and a rules-based international order.

This year, the United States and Estonia mark 100 years of diplomatic relations.  We are proud of what we have achieved together and look forward to the next 100 years of close partnership.