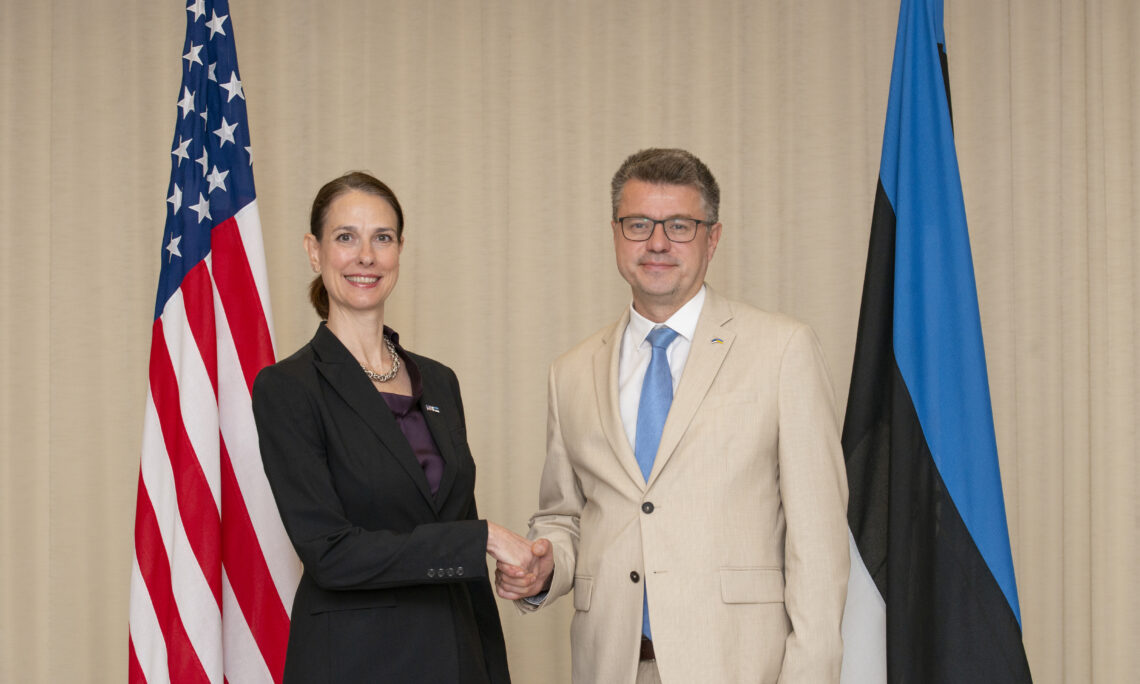 Today, on the 100th anniversary of diplomatic relations between Estonia and the United States, U.S. Chargé d’Affaires Gabrielle Cowan met with Estonian Foreign Minister Urmas Reinsalu to highlight the strength of the U.S.-Estonian relationship and to discuss our shared priorities, including continued support for Ukraine. The United States of America officially established diplomatic relations with the independent Republic of Estonia de jure on July 28, 1922 and never recognized the illegal Soviet occupation of Estonia and the Baltic States.

“As we celebrate the centennial of our diplomatic relations, the partnership between the United States and Estonia has never been stronger,” Chargé Cowan said. “It was my pleasure to meet with Foreign Minister Reinsalu today to mark this important anniversary and to discuss our most important shared priorities – our support for Ukraine, our efforts to hold Russia accountable, and our work to protect our shared democratic values.”

Foreign Minister Reinsalu said, “The United States has been a strong supporter of Estonian statehood and sovereignty all these years. We are friends, Allies in NATO, and partners. I look forward to what the next 100 years will bring.”

The United States Embassy in Tallinn is in the midst of a ‘100 Days to 100 Years’ campaign to celebrate the centennial of the U.S.-Estonia partnership. The campaign concludes with the public premiere of the documentary “Estonia and the American Century: An Unbroken Relationship”, produced in partnership with ERR, which will air on ETV on July 28th at 2300hrs and on ETV+ on July 31st at 1805hrs.

To learn more about the history of the U.S.-Estonia partnership, visit https://usandestonia.ee/.