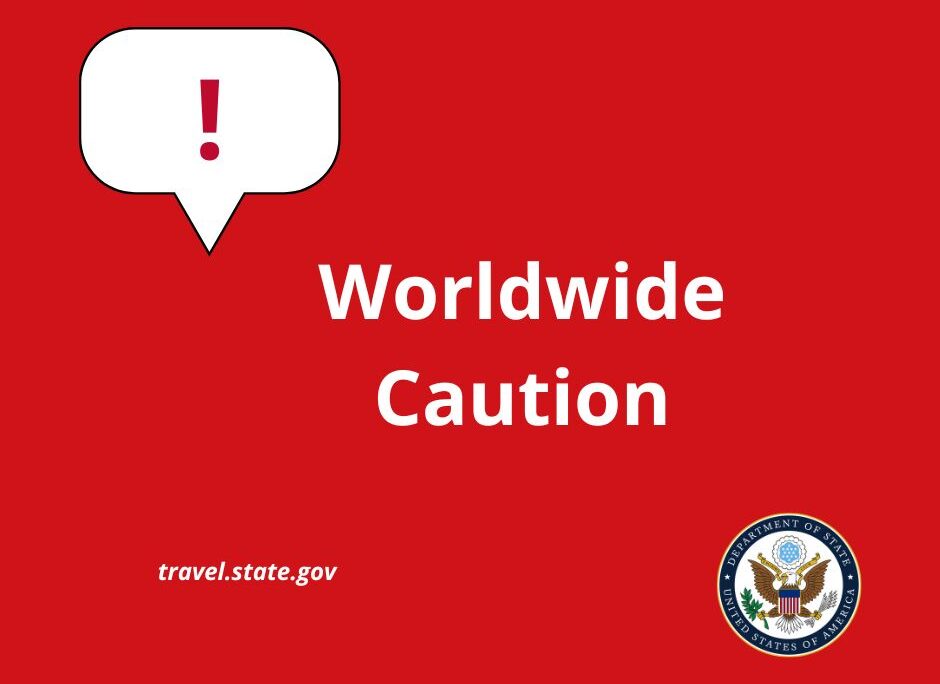 On July 31, 2022, the United States conducted a precision counterterrorism strike in Afghanistan that killed Ayman al-Zawahiri, Osama bin Laden’s deputy and successor as leader of al-Qa’ida.  Al- Zawahiri was one of the masterminds of the attacks against the United States on September 11, 2001, and had continued to urge his followers to attack the United States.  Following al-Zawahiri’s death, supporters of al- Qa’ida, or its affiliated terrorist organizations, may seek to attack U.S. facilities, personnel, or citizens.  As terrorist attacks often occur without warning, U.S. citizens are strongly encouraged to maintain a high level of vigilance and practice good situational awareness when traveling abroad.

Worldwide Cautions provide U.S. citizens with general information regarding terrorist activities, political violence, and criminal activity that occur abroad, as well as specific recommendations on how to prepare for possible contingencies, receive information on breaking security events and ensure that travelers can be contacted in an emergency.  This version replaces the Worldwide Caution dated January 15, 2019.

The Department of State remains concerned about the continued threat of terrorist attacks, demonstrations, and other violent actions against U.S. citizens and interests overseas.  The Department of State believes there is a higher potential for anti-American violence given the death of Ayman al-Zawahiri on July 31, 2022.  Current information suggests that terrorist organizations continue to plan terrorist attacks against U.S. interests in multiple regions across the globe.  These attacks may employ a wide variety of tactics including suicide operations, assassinations, kidnappings, hijackings, and bombings.

As terrorist attacks, political violence (including demonstrations), criminal activities, and other security incidents often take place without any warning, U.S. citizens are strongly encouraged to maintain a high level of vigilance and practice good situational awareness when traveling abroad.  U.S. government facilities worldwide actively monitor potential security threats and may temporarily close or periodically suspend public services to assess their security posture.  In those instances, U.S. embassies and consulates will make every effort to provide emergency services to U.S. citizens.  U.S. citizens abroad are urged to monitor the local news and maintain contact with the nearest U.S. Embassy or Consulate.

When planning a trip and prior to departing the United States, U.S. citizens should consult country specific Travel Advisories and information pages on travel.state.gov.  Travelers are also urged to enroll in the Smart Traveler Enrollment Program (STEP) to receive security messages and to make it easier to locate them in an emergency.  The Department uses these security messages to convey information about terrorist threats, security incidents, planned demonstrations, natural disasters, etc.  In an emergency, please contact the nearest U.S. Embassy or consulate or call the following numbers:  1 (888) 407-4747 (toll-free in the United States and Canada) or 1 (202) 501-4444 from other countries.

Private U.S. citizens should not travel to any country to participate in armed conflict.  U.S. citizens are reminded that fighting on behalf of, or providing other forms of support to, designated terrorist organizations can constitute the provision of material support for terrorism, which is a serious crime that can result in penalties, including prison time and large fines.