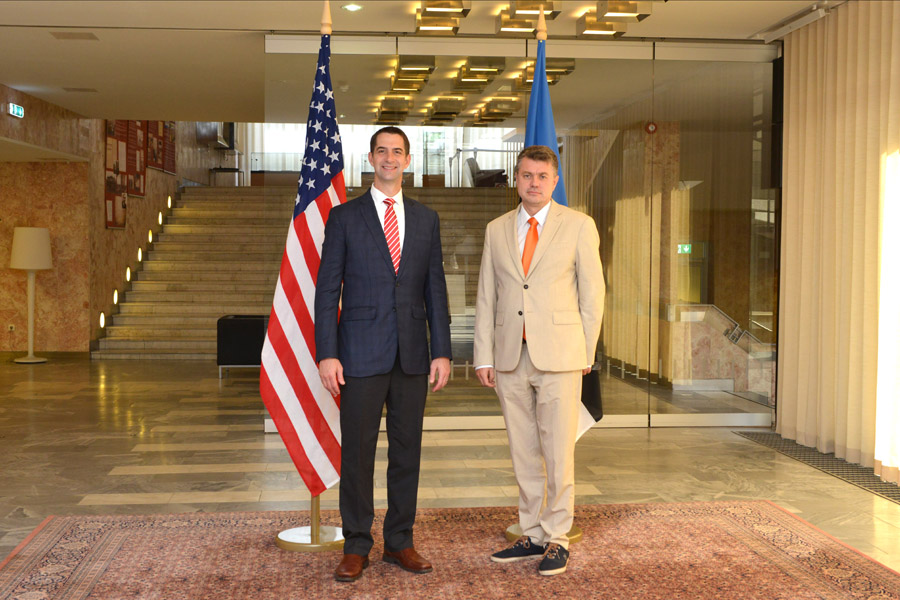 “Estonia is a great friend and a strong ally that takes its defense and NATO’s seriously. It’s been a pleasure to visit Tallinn and to hear Estonia’s perspective on our partnership as we work together to address the security threats posed by Russia and China,” Senator Cotton said.

During meetings with senior Estonian officials, Senator Cotton highlighted the United States’ strong commitment to the U.S.-Estonia partnership and to regional security, including holding the Russian Government and its enablers accountable for their unjustified war in Ukraine.

“In my conversations with senior defense and foreign policy officials, I emphasized the United States’ bipartisan support for strengthening NATO’s ability to deter and, if necessary, defeat Russian aggression, as well as the serious threats posed by the Chinese Communist Party,” the Senator added.

Tom Cotton is a Republican U.S. Senator from Arkansas. Senator Cotton is a member of the United States Senate Committee on Armed Services, where he serves as the Ranking Member of the Air Land Power Subcommittee.  He also serves on the U.S. Senate’s Intelligence Committee and the Judiciary Committee, where he serves as the Ranking Member for the Subcommittee on Criminal Justice and Counterterrorism. Senator Cotton previously served in the U.S. House of Representatives and was an active duty member of the United States Army with service in Iraq and Afghanistan.