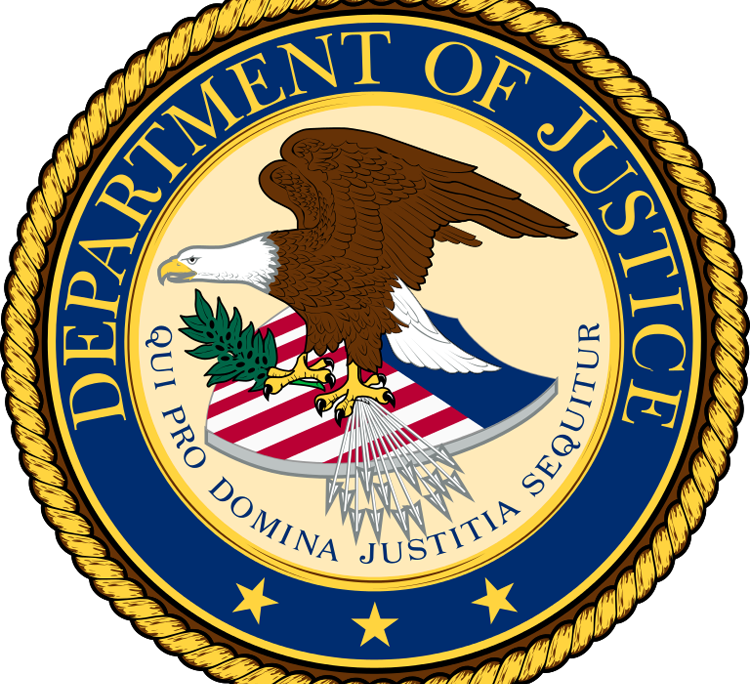 WASHINGTON – Two Estonian citizens were arrested in Tallinn, Estonia yesterday on an 18-count indictment for their alleged involvement in a $575 million cryptocurrency fraud and money laundering conspiracy.

The indictment was returned by a grand jury in the Western District of Washington on Oct. 27 and unsealed today following the arrests.

According to court documents, Sergei Potapenko and Ivan Turõgin, both 37, allegedly defrauded hundreds of thousands of victims through a multi-faceted scheme. They induced victims to enter into fraudulent equipment rental contracts with the defendants’ cryptocurrency mining service called HashFlare. They also caused victims to invest in a virtual currency bank called Polybius Bank. In reality, Polybius was never actually a bank, and never paid out the promised dividends. Victims paid more than $575 million to Potapenko and Turõgin’s companies. Potapenko and Turõgin then used shell companies to launder the fraud proceeds and to purchase real estate and luxury cars.

“New technology has made it easier for bad actors to take advantage of innocent victims,both in the U.S. and abroad—in increasingly complex scams,” said Assistant Attorney General Kenneth A. Polite, Jr. of the Justice Department’s Criminal Division. “The department is committed to preventing the public from losing more of their hard-earned money to these scams, and will not allow these defendants or others like them to keep the fruits of their crimes.”

“The size and scope of the alleged scheme is truly astounding. These defendants capitalized on both the allure of cryptocurrency, and the mystery surrounding cryptocurrency mining, to commit an enormous Ponzi scheme” said U.S. Attorney Nick Brown for the Western District of Washington. “They lured investors with false representations and then paid early investors off with money from those who invested later. They tried to hide their ill-gotten gain in Estonian properties, luxury cars, and bank accounts and virtual currency wallets around the world. U.S. and Estonian authorities are working to seize and restraint these assets and take the profit out of these crimes.”

“The FBI is committed to pursuing subjects across international boundaries who are utilizing increasingly complex schemes to defraud investors,” said Assistant Director Luis Quesada of the FBI’s Criminal Investigative Division. “Victims in the U.S. and abroad invested into what they believed were sophisticated virtual asset ventures, but it was all part of a fraudulent scheme and thousands of victims were harmed as a result. The FBI thanks our national and international partners for their efforts throughout the investigation to help bring justice for the victims.”

According to the indictment, Potapenko and Turõgin claimed that HashFlare was a massive cryptocurrency mining operation. Cryptocurrency mining is the process of using computers to generate cryptocurrency, such as Bitcoin, for profit. Potapenko and Turõgin offered contracts which, for a fee, purported to allow customers to rent a percentage of HashFlare’s mining operations in exchange for the virtual currency produced by their portion of the operation. HashFlare’s website enabled customers to see the amount of virtual currency their mining activity had supposedly generated. Customers from around the world, including western Washington, entered into  more than $550 million worth of HashFlare contracts between 2015 and 2019.

According to the indictment, these contracts were fraudulent. HashFlare allegedly did not have the virtual currency mining equipment it claimed to have. HashFlare’s equipment allegedly performed Bitcoin mining at a rate of less than one percent of the computing power it purported to have. When investors asked to withdraw their mining proceeds, Potapenko and Turõgin were not able to pay the mined currency as promised. Instead, they either resisted making the payments, or paid off the investors using virtual currency the defendants had purchased on the open market—not currency they had mined. HashFlare closed its operations in 2019.

In May 2017, Potapenko and Turõgin offered investments in a company called Polybius, which they promised would form a bank specializing in virtual currency. They promised to pay investors dividends from Polybius’ profits. The men raised at least $25 million in this scheme and transferred most of the money to other bank accounts and virtual currency wallets they controlled. Polybius never formed a bank or paid any dividends.

Potapenko and Turõgin are both charged with conspiracy to commit wire fraud, 16 counts of wire fraud, and one count of conspiracy to commit money laundering. If convicted, Potapenko and Turõgin each face a maximum penalty of 20 years in prison. A federal district court judge will determine any sentence after considering the U.S. Sentencing Guidelines and other statutory factors.

The FBI is investigating the case.

The United States thanks the Cybercrime Bureau of the National Criminal Police of the Estonian Police and Border Guard for its support with this investigation. The U.S. Department of Justice’s Office of International Affairs provided extensive assistance to the investigation.

This investigation and today’s arrests demonstrate the great coordination and cooperation between U.S. and Estonian law enforcement. Estonia has been a crucial ally to disrupt this cyber-enabled crime, and the United States thanks the Estonians for their continued assistance and coordination.

Trial Attorneys Adrienne E. Rosen and Olivia Zhu of the Criminal Division’s Money Laundering and Asset Recovery Section and Assistant U.S. Attorneys Seth Wilkinson and Jehiel I. Baer for the Western District of Washington are prosecuting the case.

Individuals who believe they may have been a victim in this case should visit www.fbi.gov/hashflare for more information.

An indictment is merely an allegation. All defendants are presumed innocent until proven guilty beyond a reasonable doubt in a court of law.