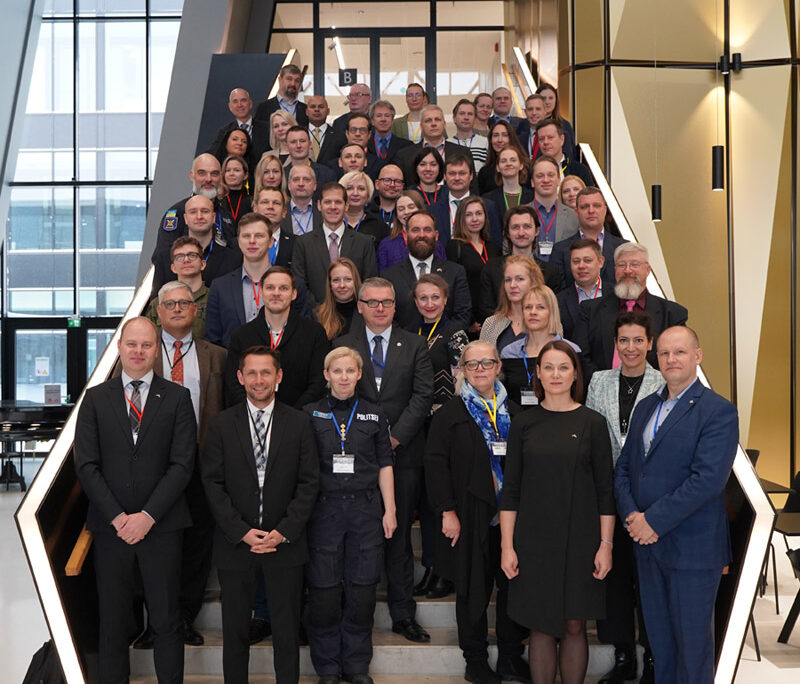 On December 6 and 7, the Estonian Ministry of Interior and the U.S. Department of State co-hosted the “Sub-Regional CBRN Response & Assistance Workshop (SR2 Estonia)”. The training brought together representatives from Estonian ministries involved in internal security, defense, civil protection, health, environmental protection and international affairs with officials from the United States, Poland, Finland, Sweden, Latvia, Lithuania, the EU, and NATO, to discuss how to coordinate a joint response to a chemical, biological, radiological, or nuclear (CBRN) attack.

The two-day event was opened by Ministry of Interior Undersecretary for Rescue and Crisis Management, Viola Murd, and U.S. Chargé d’Affaires Gabrielle Cowan. In their remarks, they stressed the need for each country to increase its institutional preparedness to effectively respond to a CBRN incident and highlighted the critical role international assistance can play in helping to manage a major crisis.

The participants in the workshop had the opportunity to hear presentations and share best practices with CBRN preparedness and incident response experts, including officials from the Estonian government, European Union, NATO, U.S. European Command, and United States law enforcement agencies.

Central to the workshop was a tabletop exercise to practice the response to a hypothetical scenario of a series of terrorist attacks against Estonian infrastructure using radiological dispersal devices. The scenario highlighted the need to invest in CBRN preparedness, the importance of continued exercises to practice the response to a major crisis, and the value of working together with international partners to leverage foreign assistance to save lives, protect the environment, and minimize harm to communities. In smaller thematic working groups, participants discussed and evaluated each country’s capacity both to respond to an incident in their own country and to provide international assistance to other countries in the event of a major CBRN attack.

The workshop is part of a series of events led by the U.S. Department of State designed to enhance international cooperation to deter and defend against the increasing use of CBRN weapons globally.