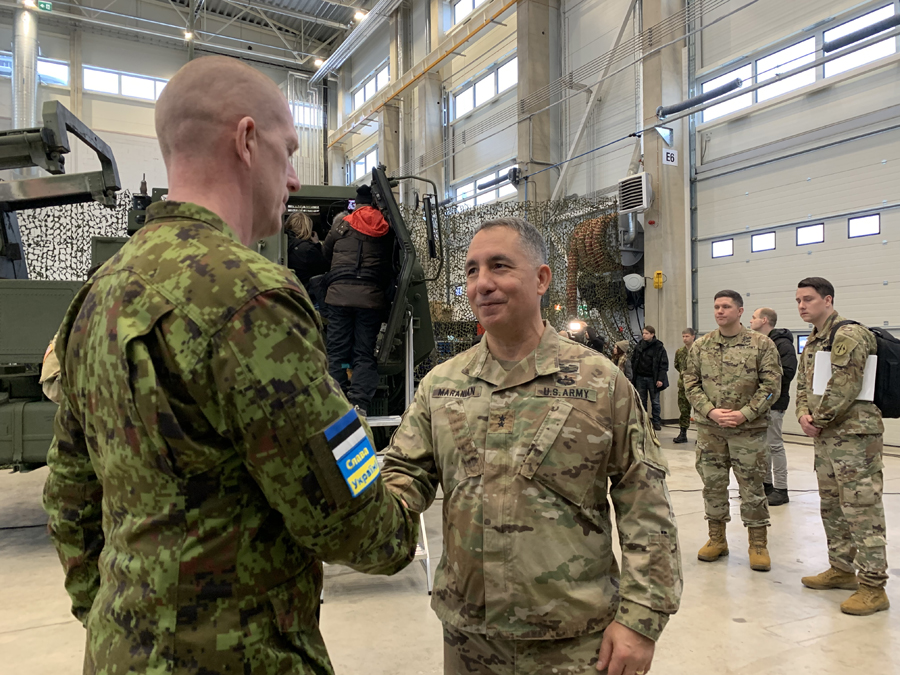 In his remarks, Major General Maranian highlighted the importance of the United States-Estonia security partnership, including the HIMARS purchase, and praised Estonia for its commitment to NATO’s collective defense.

“Estonia is a tremendous ally that is demonstrating, once again, a clear commitment to our collective defense. Estonia’s leadership in providing military and humanitarian assistance to Ukraine is laudable. The United States is proud to partner with Estonia as it acquires this advanced artillery system. It will make the Estonian Defense Forces more capable, more lethal, and better able to defend Estonia and the entire NATO Alliance,” Major General Maranian said.