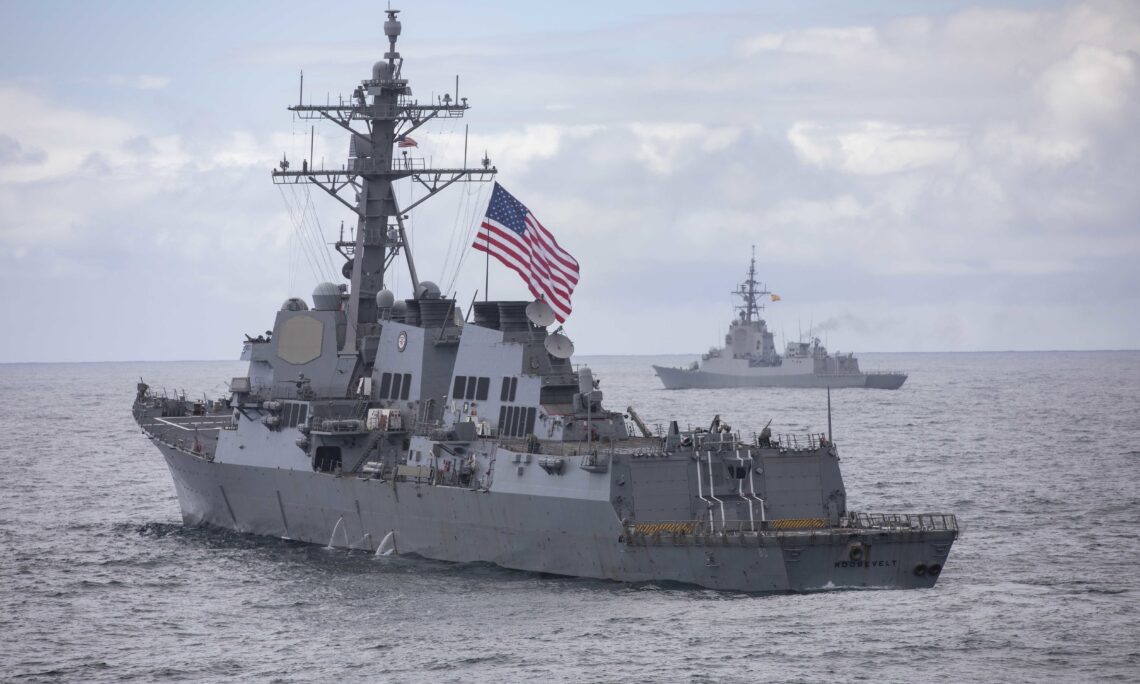 The U.S. Embassy is pleased to welcome the U.S. Navy ship – the USS Roosevelt (DDG 80) – to Tallinn harbor. The ship is in Tallinn for a routine port visit, refueling and resupplying, while also providing its sailors with an opportunity to visit the local area.

USS Roosevelt is the 30th ship in the Arleigh Burke-class of Aegis Guided Missile Destroyers. Named in honor of President Franklin D. Roosevelt and his wife Eleanor, the ship represents the best of American shipbuilding and the most advanced combat systems capability. The heart of the ship is the Aegis Weapons System, a seamlessly integrated radar, and missile system capable of simultaneous operations defending against advanced air, surface, and subsurface threats.

Home to a crew of over 250, Roosevelt has most services associated with a small town at sea including dining, banking, ATM, laundry, postal, and shopping facilities, and a barbershop. A marvel of modern technology and engineering, Roosevelt is a powerful instrument of state, capable of sustaining herself at sea for months at a time. Roosevelt is the premier warship designed to carry out the U.S. Navy’s missions today and well into the 21st century.

Photos by the Estonian Defense Forces on arrival: https://pildid.mil.ee/index.php?/category/61597.