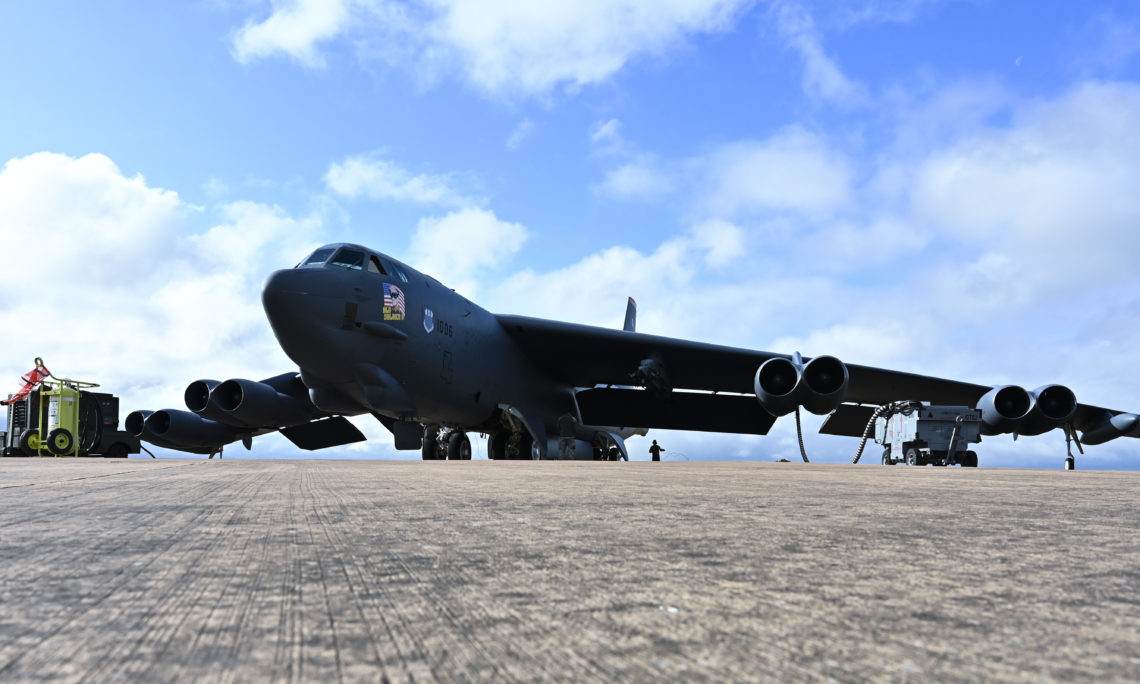 A U.S. Air Force B-52 Stratofortress bomber conducted a fly over of Tallinn on Wednesday, October 23 as part of the on-going effort to exercise Air Force Global Strike Command’s ability to conduct strategic bomber operations from a forward operating location in support of U.S Air Forces in Europe (USAFE) and U.S. European Command (EUCOM) mission objectives.

In Estonia, the U.S. Air Force is working with the Estonian Air Force and United Kingdom JTACs at Tapa Central Training Area.  Approximately 350 deployed American Airmen and support equipment are working with our joint partners and Allied nations to improve interoperability and a ready posture to deter and respond to any aggressor.

The B-52s initially deployed from the 2nd Bomb Wing (2BW), Barksdale Air Force Base, Louisiana on October 10 for Royal Air Force (RAF) Fairford, England to conduct theater integration and flight training.  The Airmen have been training in a joint environment with partner and Allied counterparts — an opportunity that will greatly enhance global stability and security while enabling units to become familiar with operations in different regions.

The United States has provided more than $100 million in combined security assistance to Estonia over the last several years, and conducts nearly 150 military-to-military engagements per year, with over 60 of those taking place with U.S. personnel in Estonia.