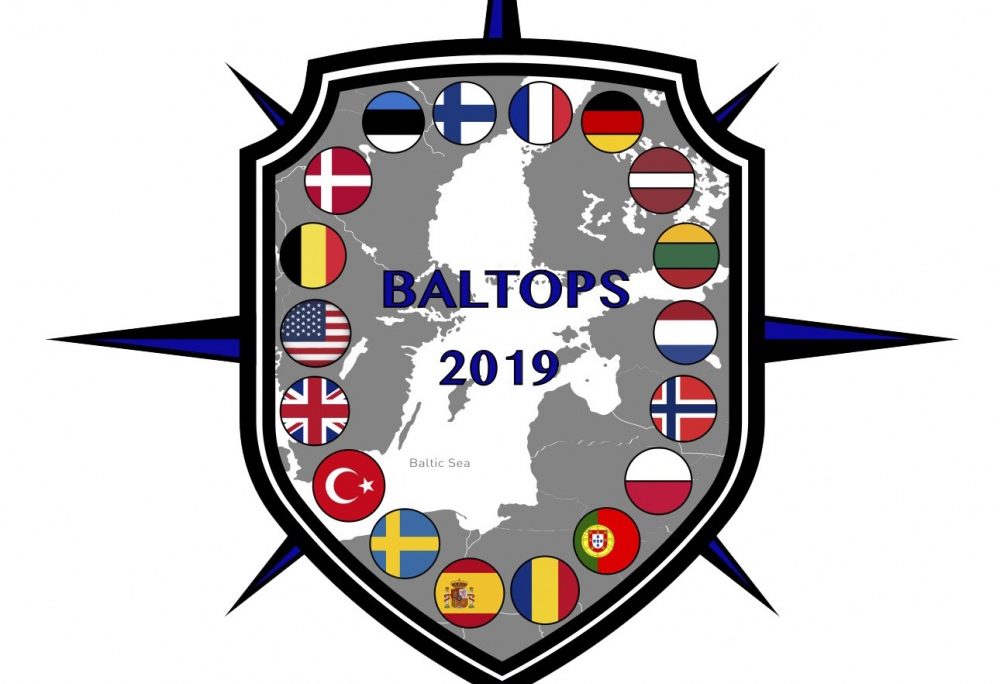 The United States, Estonia, and 16 of their NATO Allies and partners are coming together June 9-21 as part of the 47th annual exercise Baltic Operations (BALTOPS) 2019.  This multinational training is the premier maritime-focused exercise in the Baltic Sea region, engaging 8,600 maritime, ground, and air force personnel led by the U.S. Second Fleet (C2F).

“As you all are aware, U.S. 2nd Fleet will be leading the exercise, but make no mistake, it will be founded on NATO and partner principles,” said Vice Admiral Andrew “Woody” Lewis, Commander of the Second Fleet. “Through BALTOPS 2019 and exercises like it, we strengthen our relationships and improve overall coordination and interoperability between allies and partners during both peace and times of conflict.”

Altogether, 50 warships, two submarines, as well as 40 aircraft and helicopters will participate as partner nations rehearse combating surface as well as submarine forces of a potential enemy.  In Estonia, the exercise will include an amphibious landing on Saaremaa today, June 12.  By land, by sea, and by air, our commitment to NATO and our Allies remains ironclad, and the United States believes our Alliance must be ready, capable, and postured to ensure regional peace and stability.

The United States has worked closely with Estonian counterparts to advance our nations’ defense and deterrence capabilities across the region, while at the same time improving interoperability among and between our militaries.  The BALTOPS exercises demonstrate our collective ability to maximize our naval and amphibious resources, enhancing our capacity to maneuver and defend against any aggression or adversary.

Our armed forces are best positioned to respond with agility to a dynamic security environment through regular training and cooperation, where we can learn from one another.  Over the last year, Estonia and the U.S. have engaged in 150 military-to-military engagements, over 60 of which were in Estonia.

The Second Fleet was re-established last year in Norfolk, Virginia to counter rising threats in the maritime domain.  It holds operational and administrative authority over assigned naval ships, aircraft, and landing forces from the U.S. East Coast to the North Atlantic.  BALTOPS 2019 represents the fleet’s first multinational exercise command.