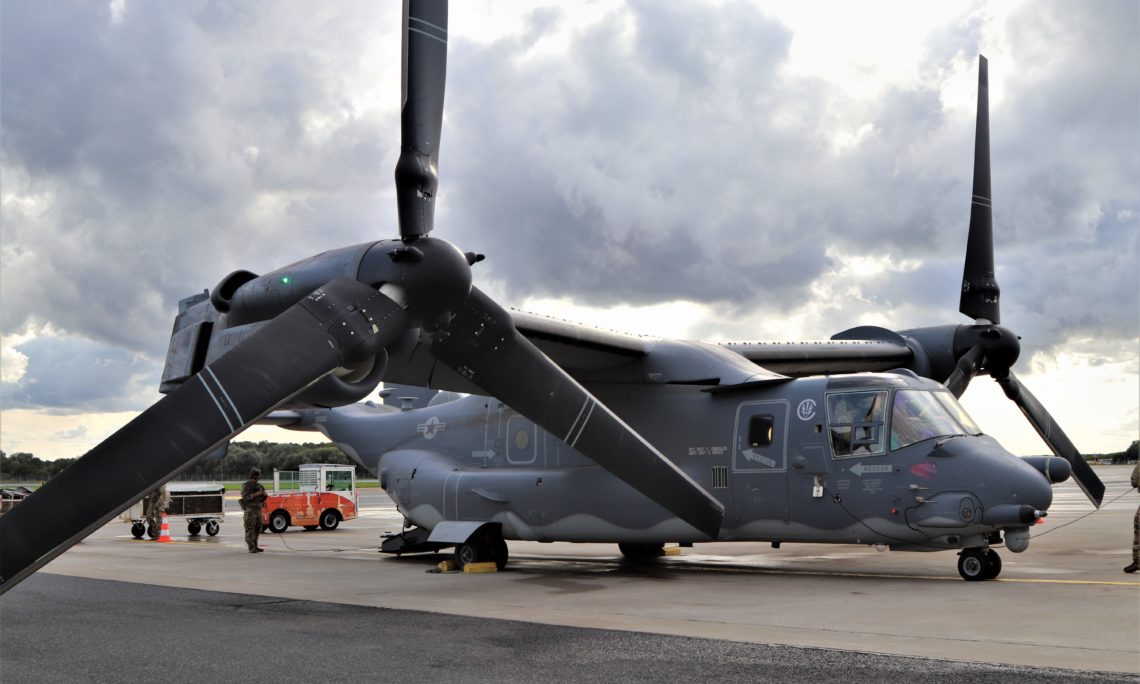 United States Special Operations Forces (USSOF), Estonian Defense Forces (EDF), and the Estonian Defense League (EDL) conducted training exercises in Estonia with visiting CV-22 Ospreys, September 4-8.  The CV-22 Osprey is a tiltrotor aircraft that combines the vertical takeoff, hover, and vertical landing qualities of a helicopter with the long-range, fuel efficiency, and speed characteristics of a turboprop aircraft.  While in Estonia the USSOF, EDF, and EDL partnered on long-range infiltration, exfiltration, and resupply exercise missions for special operations forces.

Highlighting the importance of the aircraft, 352 Special Operations Wing (SOW) Commander Colonel Clay Freeman explained that, “The CV-22B Osprey is the U.S. Air Force’s premier SOF vertical lift assault platform.  Ospreys and their crews are capable of the full spectrum of SOF missions in all phases of conflict.”

U.S Embassy Tallinn’s Chargé d’Affaires Brian Roraff added that, “The security of the Baltic countries is of vital importance and Estonia plays a critical role in ensuring safety in the region.  These joint exercises create practical opportunities for partnership, teaching, and learning that strengthen the Alliance’s interoperability by air, land, and sea, as well as support the collective defense and security of NATO Allies.”

The 352nd Special Operations Wing based at Royal Air Force (RAF) Mildenhall, England, is part of Air Force Special Operations Command. The 352nd SOW participated in the mission to provide combat ready, responsive, specialized airpower and combat support to execute the full spectrum of SOF missions. The wing has more than 1,100 Air Force members assigned, as well as personnel associated through Joint Special Operations Air Component-Europe and Detachment 2, 25th Intelligence Squadron. The wing is the only Air Force special operations unit in the European Theater.

The transatlantic strategic relationship between the United States and Europe has been forged over the past seven decades, and it is built on a foundation of shared values, experiences and vision.  The United States has provided more than $100 million in combined security assistance to Estonia over the last several years, and conducts nearly 150 military-to-military engagements per year, with over 60 of those taking place with U.S. personnel in Estonia.