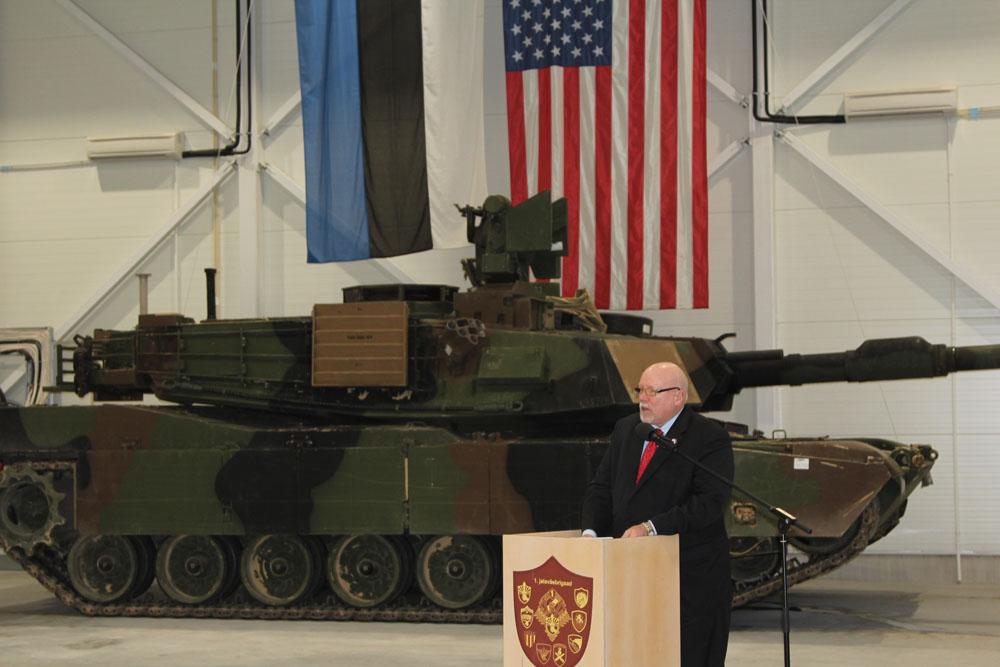 Ambassador Bubbear, Major General Gronski, Brigadier General Sirel, honorable guests and friends, it is a pleasure to be with you this afternoon to officially mark the completion of infrastructure improvements overseen by the U.S. Army Corps of Engineers. Through the hard work of the many men and women, Estonians and Americans, who contributed to these 27 projects, we further demonstrate our steadfast commitment to NATO and the security of our alliance.

The resources used for this construction project fall under the framework of the “European Reassurance Initiative.” As the name implies, this large investment is designed to support our allies and prepare us against any threat or destabilizing action.

Today we are excited to turn these maintenance and training facilities over to Estonia, which will further enable the Estonian Defence Forces to raise their capabilities, readiness, and responsiveness. These facilities will also soon support the arrival of NATO troops under the Enhanced Forward Presence as well as support regular multinational training activities in Estonia.

We are also now in the beginning stages of five more European Reassurance Initiative projects that will commence at Ämari Air Base this summer. These are further testament to the continued resolve of the United States in our partnership with Estonia.

Even as we speak, the men, women and equipment of the 4th Infantry Division’s 3rd Armored Combat Brigade Team, with 4,000 troops and 100 helicopters are on their way to Poland. Their presence reassures our allies and offers renewed opportunities to improve our ability to work together. They’ll also be the beneficiaries of the improved infrastructure in Estonia, making use of the facilities here during their upcoming trainings and exercises.

In 2014, President Obama came to Tallinn and announced to Estonia and to the world that the defense of Tallinn, Riga and Vilinus is just as important as the defense of Berlin and Paris and London.

Through these projects we are putting actions behind our words. In closing, I would like to once again thank the Estonian Ministry of Defense, Estonian Defense Forces, US Army Europe, US Army Corps of Engineers and the construction companies for all of their work on this project.