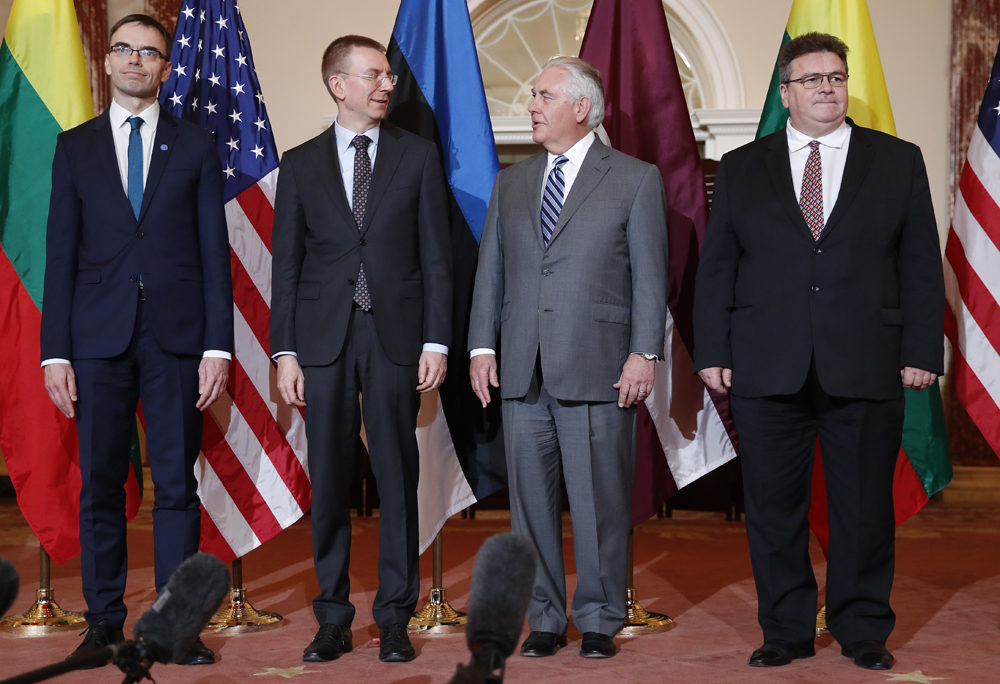 The following is attributable to Spokesperson Heather Nauert:

Secretary Tillerson engaged his counterparts from Estonia, Latvia, and Lithuania in a productive discussion Monday. The four NATO Allies agreed to deepen their cooperation to combat Russia’s disinformation efforts and malicious cyber activity. They discussed strategies to address the threat Russia poses to European security and Russia’s lack of respect for the sovereignty and territorial integrity of its neighbors. They also made preparations for the Baltic summit President Trump will host in April, as well as the NATO summit in July.