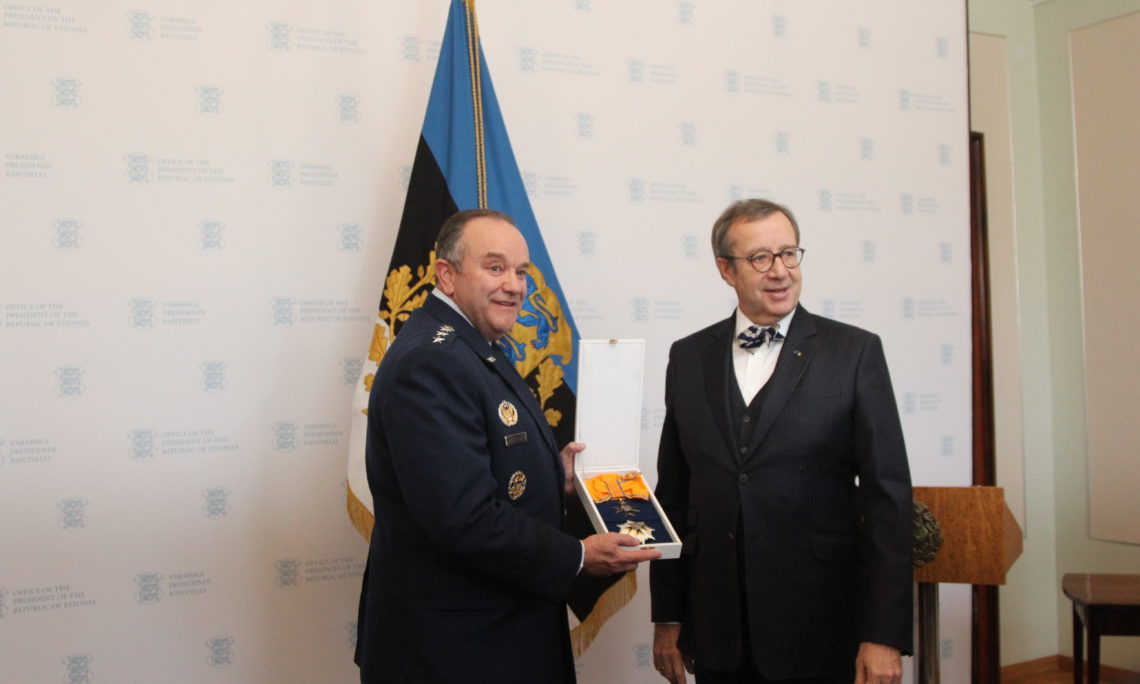 Gen. Breedlove visited Tallinn March 29, 2016 to meet with President Ilves and Commander-in-Chief of the Estonian Defense Forces,  Lieutenant General Riho Terras. During his visit, Gen. Breedlove discussed with the Estonia leadership opportunities to build a stronger military-to-military relationship and the increase of future force presence in Europe.

A native of Forest Park, Georgia, Gen. Breedlove graduated from the Georgia Institute of Technology with a Bachelor’s degree in civil engineering.  As a distinguished graduate of Georgia Tech’s Air Force Reserve Officer Training Program, Gen. Breedlove was commissioned in 1977.  He has been assigned to numerous operational, command and staff positions, and has completed 10 overseas tours, including two remote tours. He has commanded a fighter squadron, an operations group, three fighter wings, and a numbered air force.

Gen. Breedlove has flown combat missions in Operation Joint Forge/Joint Guardian. He is a command pilot with more than 3,500 flying hours, primarily in the F-16.