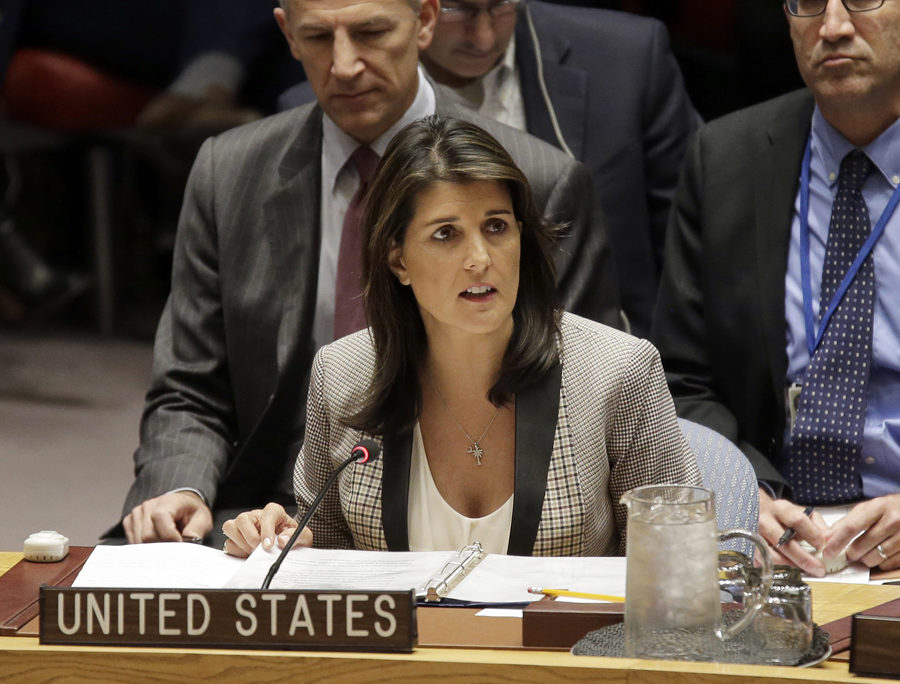 Thank you, Mr. President. This morning I spoke with President Trump and Secretary Pompeo and my statement reflects the concerns at the highest level of the American government. For the past four years, the international community has spoken with a strong, clear, and largely united voice denouncing Russia’s aggression against Ukraine.

The United States, the European Union and its member states, and many other countries, have imposed sanctions against Russia for its unacceptable conduct in Crimea and eastern Ukraine.

Sunday’s outrageous violation of sovereign Ukrainian territory is part of a pattern of Russian behavior that includes the purported annexation of Crimea, and abuses against countless Ukrainians in Crimea, as well as stoking conflict that has taken the lives of more than ten thousand people in eastern Ukraine, and it shows no sign of decreasing.

What we witnessed this weekend is yet another reckless Russian escalation. Let’s be clear about what is known.

Ukrainian ships set sail from one Ukrainian port to another Ukrainian port. They attempted to do so by the only possible way to go, through the Kerch Strait. Both Russia and Ukraine use the strait routinely. But this time, Russia decided to prevent passage of the Ukrainian ships, rammed them, and then opened fire on them.

This is no way for a law-abiding, civilized nation to act. Impeding Ukraine’s lawful transit through the Kerch Strait is a violation under international law. It is an arrogant act that the international community must condemn and will never accept.

The United States will continue to stand with the people of Ukraine against this Russian aggression. It is our expectation that our European partners will lead this effort through the Normandy Four Format, which we support.

We call on Russia to respect its international obligations and not obstruct or harass Ukraine’s transit in the Kerch Strait and to de-escalate the tension it has created. As President Trump said many times, the United States would welcome a normal relationship with Russia. But outlaw actions like this one continue to make that impossible.

The United States will maintain its Crimea related sanctions against Russia. Further Russian escalation of this kind will only make matters worse. It will further undermine Russia’s standing in the world. It will further sour Russia’s relations with the U.S. and many other countries. It will further increase tensions with Ukraine.

In the name of international peace and security, Russia must immediately cease its unlawful conduct and respect the navigational rights and freedoms of all states.