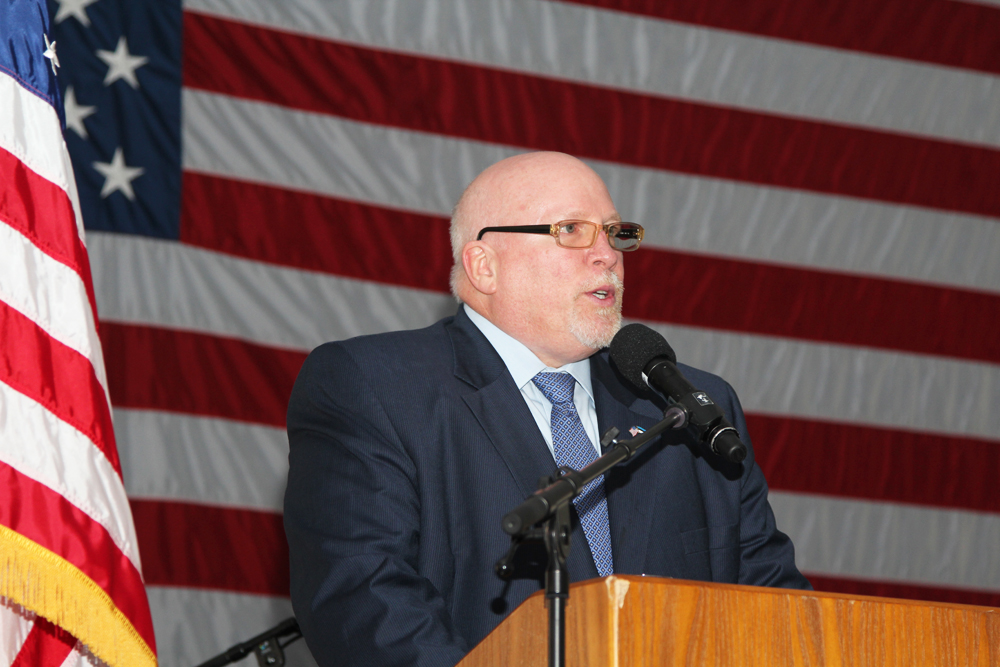 I’d also like to thank all of the wonderful and talented young musicians from the Youth Orchestra of the Americas under the direction of Conductor Benjamin Zander, for their outstanding performance. The Youth Orchestra is in Estonia in partnership with the Pille Lill Foundation for a two week residency before beginning a European tour.  This is a beautiful opportunity for cultural exchange and I commend everyone involved in bringing together the musicians and facilitating their program.

It’s only one example of the breadth and depth of our partnership – and it goes both ways. A music critic in the Los Angeles Times just wrote following Arvo Pärt’s recent concert in Los Angeles, that Maestro Pärt, through his work for the Los Angeles Philharmonic, will forever be linked to that city – especially through his Symphony No. 4, otherwise known as “Los Angeles” – much in the same way that Mozart’s Symphony 38 is synonymous with Prague.

We can see similar ties in science, technology, education, business and trade. And this goes well-beyond just Silicon Valley. The United States signed a Defense Research Agreement with Estonia in June, allowing Estonia to join a select group of countries to have such an arrangement with the United States. This opens vast new possibilities for collaboration and investment in developing cutting-edge technologies together.

Of course, security and defense, both bilaterally and through the NATO alliance, has been the most visible part of our relationship over the past few years.  I was honored to be in Võru commemorating Victory Day on June 23 with Estonian leaders, the Estonian Defense Forces and Defense League, and U.S. soldiers, who had just completed training with 13 other nations during the annual Saber Strike exercise. Training and exercising here in Estonia, as well as other NATO countries, is a fundamental necessity and responsibility of the alliance.  The U.S. also demonstrated its capability to quickly move equipment and people across NATO territory through a 2200 km tactical road march, the Dragoon Ride, as well as at sea through the nearly concurrent BaltOps exercise.  You might also have seen a couple of B52s as well!

At the upcoming Warsaw Summit, we will take further steps to reinforce our message about the alliance’s ironclad resolve and commitment to the security of its entire territory.  We will do this by ensuring a credible deterrence that will promote peace and stability across the region.

I’ve been in Estonia for over 7 months now and have had the opportunity to meet Estonians from all walks of life. Whether they’re folk dancers in Jõgeva, students studying English in Narva or the citizens of Valga, who warmly welcomed US Soldiers — NATO troops — to Estonia, I have been deeply impressed by the many achievements of this — in the words of Mu Isamaa, mu õnn ja rõõm — joyous and delightful land.

You have built a remarkable society founded upon the same democratic values we are celebrating today.  And speaking of democratic values, you might have heard this is a presidential election year in the United States.  So we thought – all in good fun – that we’d give everyone here tonight a chance to cast a ballot.  So please do so – but only once (this isn’t Chicago or Jersey City!) – and we will announce the result later tonight.

During my tenure in Estonia, I’ve also often quoted from President Obama’s speech to the Estonian people during his visit in September, 2014. Usually, I reference the ironclad commitment to Article 5 or that the defense of Tallinn, Riga and Vilnius is just as important as London, Paris and Berlin.  Which, of course, it is (and there, I’ve said it again!).

But, this evening, I’d like to conclude with a different quote. A more upbeat message given the common challenges we face, both external and internal to our unity and basic values. President Obama said: “Don’t ever lose the faith that says, if we want it, if we are willing to work for it, if we stand together, the future can be different; tomorrow can be better.  After all, the only reason we’re here today in a free and democratic Estonia is because the Estonian people never gave up.”

Having spent a majority of my thirty-year plus diplomatic career in Europe and having seen the tremendous changes that have taken place in both the East and West, and seeing how far Estonia has come since my first visit 24 years ago, I know the President’s words are true and right.

As we consider the short-term implications of Brexit or confront voices of intolerance on both sides of the Atlantic, we can’t lose sight of those values that define us and what we have and can still accomplish together. The concepts of liberal democracy and basic human values put forward 240 years ago at the founding of my country and then developed and nurtured over the past two centuries are still very much worth fighting for today.

Thank you for being here and celebrating with us.