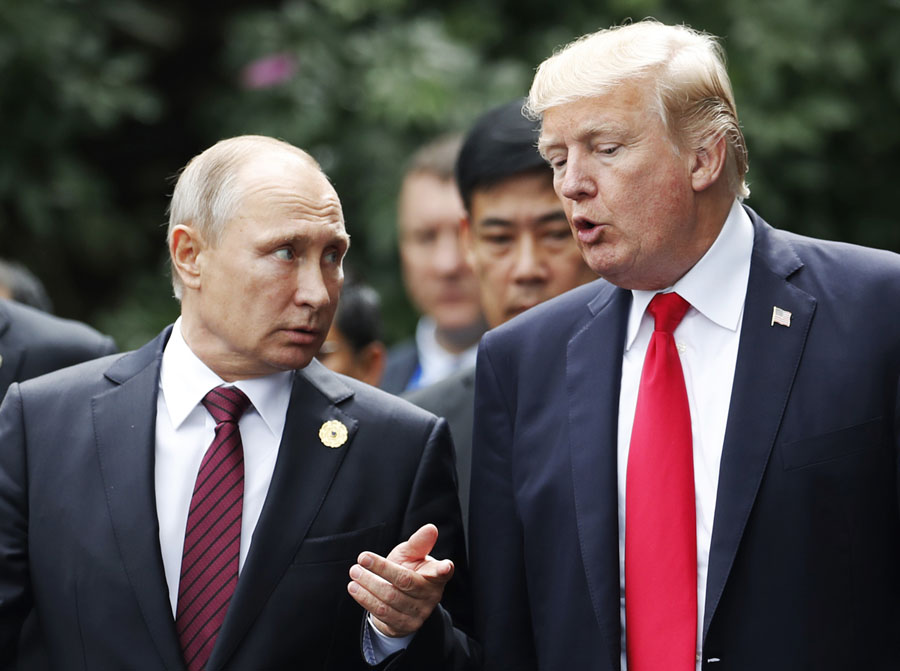 President Trump and President Putin today, meeting on the margins of the APEC conference in Da Nang, Vietnam, confirmed their determination to defeat ISIS in Syria. They expressed their satisfaction with successful U.S.-Russia enhanced de-confliction efforts between U.S. and Russian military professionals that have dramatically accelerated ISIS’s losses on the battlefield in recent months.

The Presidents agreed to maintain open military channels of communication between military professionals to help ensure the safety of both U.S. and Russian forces and de-confliction of partnered forces engaged in the fight against ISIS. They confirmed these efforts will be continued until the final defeat of ISIS is achieved.

The two Presidents affirmed that these steps must include full implementation of UNSCR 2254, including constitutional reform and free and fair elections under UN supervision, held to the highest international standards of transparency, with all Syrians, including members of the diaspora, eligible to participate. The Presidents affirmed their commitment to Syria’s sovereignty, unity, independence, territorial integrity, and non-sectarian character, as defined in UNSCR 2254, and urged all Syrian parties to participate actively in the Geneva political process and to support efforts to ensure its success.

Finally President Trump and President Putin confirmed the importance of de-escalation areas as an interim step to reduce violence in Syria, enforce ceasefire agreements, facilitate unhindered humanitarian access, and set the conditions for the ultimate political solution to the conflict. They reviewed progress on the ceasefire in southwest Syria that was finalized the last time the two Presidents met in Hamburg, Germany on July 7, 2017.

The two Presidents discussed the ongoing need to reduce human suffering in Syria and called on all UN member states to increase their contributions to address these humanitarian needs over the coming months.

In addition, President Trump noted that he had a good meeting with President Putin. He further noted that the successful implementation of the agreements announced today will save thousands of lives‎.