Home Главная страница | Our Relationship | Policy & History | History of the U.S. and Estonia 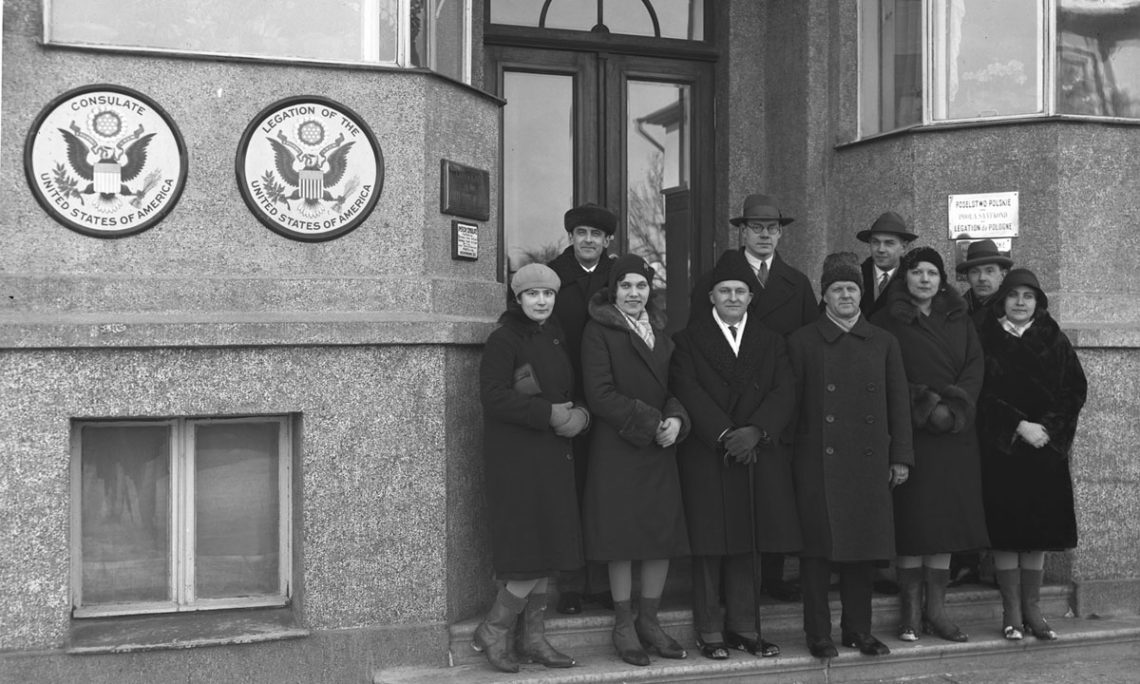 U.S. and Estonian Staff of the U.S. Legation to Estonia, ca. 1936 (Eesti Filmiarhiiv)

The United States has maintained continuous official diplomatic relations with the Republic of Estonia since July 28, 1922. Frederick W. B. Coleman of Minnesota was appointed to be the first U.S. Envoy Extraordinary and Minister Plenipotentiary to the Baltic States on September 20, 1922. He presented his credentials in Tallinn on November 20, 1922.

From 1919 to 1922, U.S. interests in the Republic of Estonia were represented by a U.S. Commissioner based in Riga (Latvia) and a U.S. Consul based in Tallinn. Estonian diplomats have been accredited to the U.S. Department of State since 1922 and Estonian consular representatives have operated in the United States continuously since 1920.

After the illegal occupation of Estonia by the Soviet Union on June 17, 1940, U.S. Under Secretary of State Sumner Welles issued a statement on July 23, 1940 which established the U.S. Government’s official policy of non-recognition. As a result, the United States never recognized the forcible incorporation of Estonia and the other Baltic republics of Latvia and Lithuania into the Soviet Union.

Following the restoration of Estonia’s rightful independence on August 21, 1991, the United States announced its readiness to re-establish full relations with the Republic of Estonia on September 2, 1991.

The Embassy of the United States of America began official operations on Wednesday, October 2, 1991, at twelve o’clock, in temporary chancery offices located at the Palace Hotel.

Robert C. Frasure of West Virginia was appointed the first U.S. Ambassador Extraordinary and Plenipotentiary to Estonia on March 23, 1992. He presented his credentials on April 9, 1992.

The United States Mission to Estonia resumed operations in the current U.S. Embassy chancery building located on Kentmanni Street on February 6, 1992 – in the very same building which housed the U.S. Legation to Estonia from April 1, 1930 until it was forced to close on September 5, 1940.

Stories about U.S. Presidents in Estonia