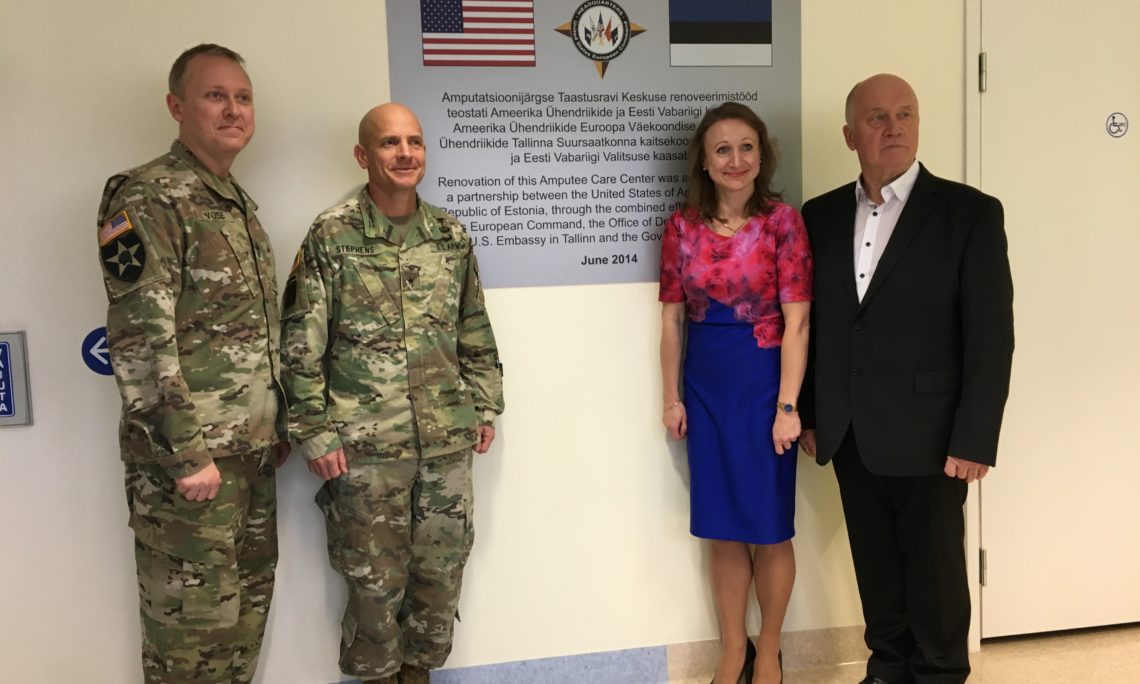 On the occasion of his visit, Brigadier General Stephens noted, “Estonia is a valued NATO Ally and an essential defense partner.  U.S. Army Europe and Estonia are working together to advance military medicine capabilities and interoperability between our countries.  During my visit, I had the opportunity to see the great work being done at the War and Disaster Medicine Center in Tartu, as well as the professional civilian medical support provided at the East Tallinn Central Hospital and Tartu University Clinic, which will help the Alliance as a whole.  It is vital our countries’ militaries are connected – personally, professionally, technically and tactically – to create stronger, more capable forces.  We are committed to continuing this great relationship and together we will remain resolute and transparent in our goals of deterring conflict and helping to ensure peace in Europe.  We are excited to work with our Estonian partners during the upcoming exercise DEFENDER-Europe 20 where we’ll further enhance the readiness and interoperability of our armies.”

The U.S. has provided more than $100 million in overall security assistance to Estonia over the last several years, and conducts nearly 150 military-to-military engagements per year with over 60 of those taking place with U.S. personnel in Estonia.