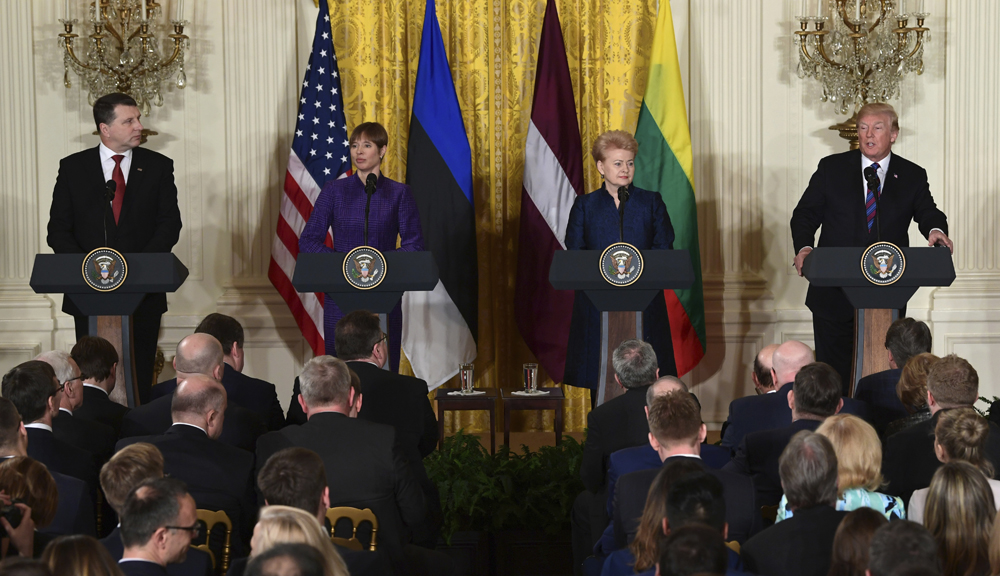 THE WHITE HOUSE
Office of the Press Secretary
FOR IMMEDIATE RELEASE
April 3, 2018

“We are very protective of [the Baltic] region… We have great friends there.” – President Donald J. Trump