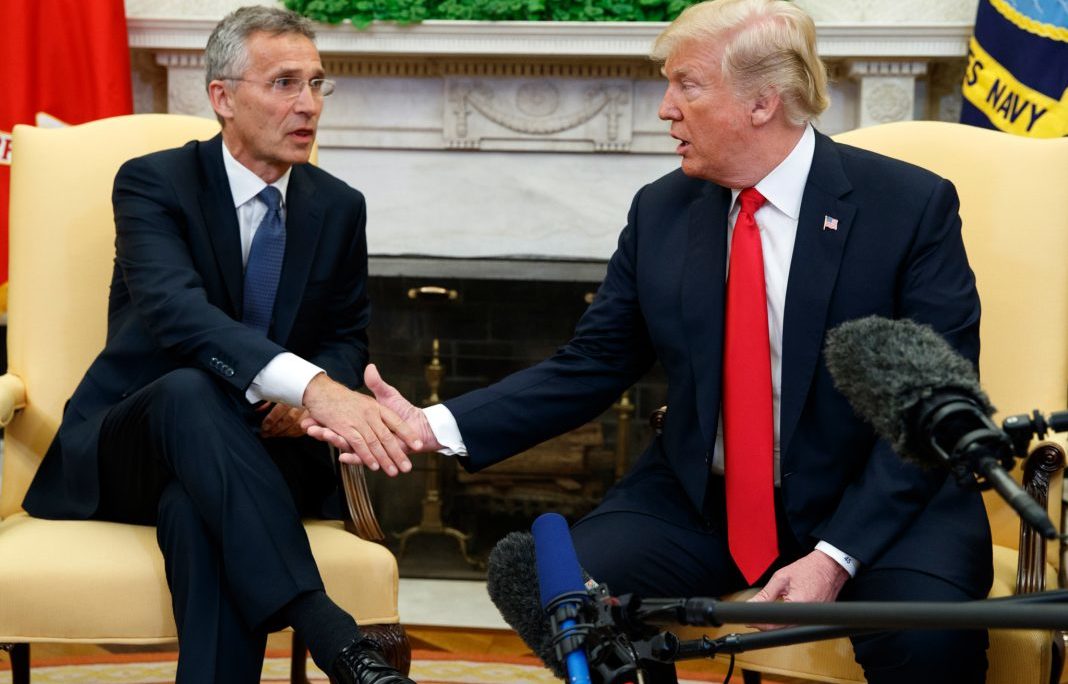 “In the nearly seven decades since Harry Truman spoke those words, the NATO Alliance has been the bulwark of international peace and security.” President Donald J. Trump

A LASTING COMMITMENT: President Trump is continuing the legacy of transatlantic unity and is working with the North American Treaty Organization (NATO) Secretary General Jens Stoltenberg toward a successful July 11-12, 2018, NATO Summit.

SHARING THE BURDEN: President Trump has prioritized working with NATO Allies to ensure they make progress in meeting their agreed-upon NATO defense spending commitments, which is in the interest of each NATO member and all Allies collectively.

REVITALIZING NATO: NATO countries are undertaking the most significant reinforcement of collective defense since the end of the Cold War to enhance the Alliance’s ability to deter Russia, fight terrorism, and defend NATO territory.

INCREASING EFFORTS TO FIGHT TERRORISM: As the President has long urged, NATO is increasing the contributions it makes to the global fight against terrorism, the security threat that has taken more lives of citizens in NATO countries than any other since NATO’s founding.