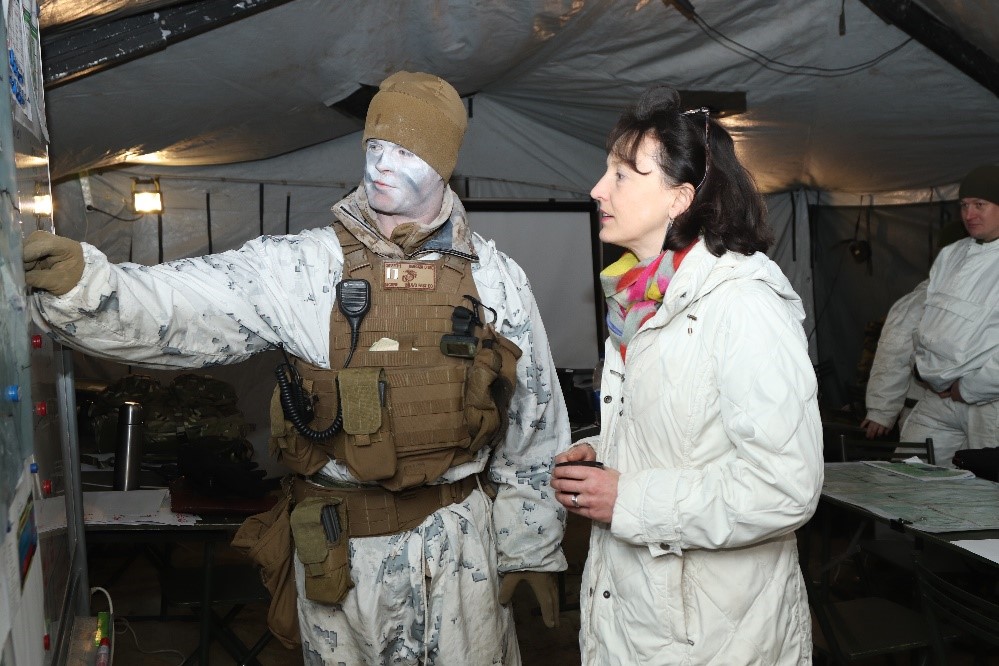 On Friday, U.S. Chargé d’Affaires Elizabeth Horst visited the NATO Winter Camp training event at the Tapa Army Base in Tapa, Estonia. The exercise, which brings together over 1,000 service members from the Estonian Defense Forces’ (EDF) Scouts Battalion, NATO’s Enhanced Forward Presence (eFP) battlegroup, the Estonian Defense League, the Maryland National Guard, and U.S. Marines, promotes understanding of warfare in winter conditions. The event has been primarily hosted at the EDF’s Soodla training grounds since Wednesday, February 6th and will conclude on Sunday, February 17th.

While in Tapa, the Chargé noted, “The presence of U.S. troops here at Winter Camp shows clearly that our commitment to Article 5 has been and will remain ironclad. The U.S. has provided more than $100 million in combined security assistance to Estonia over the last several years, and we conduct nearly 150 military-to-military engagements per year with over 60 of those taking place with U.S. personnel in Estonia. Training with our Estonian allies here at Winter Camp is the latest example of this on-going cooperation.”
Chargé Horst met with U.S., Estonian, and eFP troops to discuss their experiences and learn about the program’s accomplishments since it began. Of the 52 U.S. Marines visiting from their unit’s base in Spain to engage in this training, over half will march in Estonia’s Independence Day parade in Tallinn next weekend.